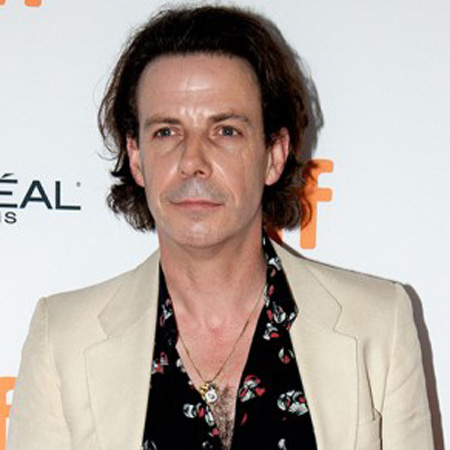 Noah Taylor is an English-Australian actor, well known for his appearance as David Helfgott in Shine, and as Locke in HBO series Game of Thrones. He is also a theater artist and a singer.

Noah Taylor was born on 4th September 1969 in London, England. He is the elder of two sons in the family. Taylor was born to Paul Taylor, a copywriter journalist, and Maggie, a book editor, and a journalist. Taylor is White as per ethnicity and holds British nationality.

Taylor's parents returned to Australia when he was five which is why he was raised up in Clifton Hill and Melbourne. His parents got divorced when he was only 14, and by the age of sixteen, he had left both home and school with no intention of being an actor.

However, since one of Taylor's friends had once suggested him to try theatre as 'something to do at the weekends', he decided to give it a try. Teen Noah Taylor found the experience very interesting and decided to pursue a career in acting.

He performed at  St. MArtin's Youth Theatre in South Yarra for almost a year, where he managed to grab the attention of the director of John Duigan. Duigan later gave him a role in the 1987 film The Year My Voice Broke.

Later, Taylor appeared in the movie's sequel, Flirting, along with Nicole Kidman, Thandie Newton, and Naomi Watts as a supporting character.

Noah Taylor's early roles included the lead role in Flirting and The Year My Voice Broke. He achieved international attention as the tormented young pianist David Helfgott in the movie Shine.

Taylor once said in an interview that he was tired of acting out the nostalgic reminiscences of another person. Noah has done this in several movies including The Nostradamus Kid, a movie based on the memories of the Australian author Bob Ellis.

Besides movies, Taylor also did a few music videos. He was a part of the music video for Fifteen Feet of Pure White Snow by Nick Cave and the Bad Seeds. He also featured in Simon Rumley's mystery thriller Red White & Blue.

In 2011, Noah released his first EP Live Free or Die with his group called Noah Taylor and the Sloppy Boys on Z-Man Records.

Noah Taylor made his appearance in the third and fourth seasons of HBO's top trending series Game of Thrones. Taylor portrayed the role of Locke, condensed version of the character who appears in several of the books.

Noah Taylor is a married man. He married  Dionne Harris on 14 December 2012. Taylor's wife is an Australian fashion designer.  Ever since their marriage, the husband and wife duo are living a happy life together in Brighton, East Sussex.

Noah Taylor earns a decent amount of money from his acting career as he has been a part of several hit movies and television series including Game of Thrones.

Noah Taylor's net worth is estimated to be $ 5 million.