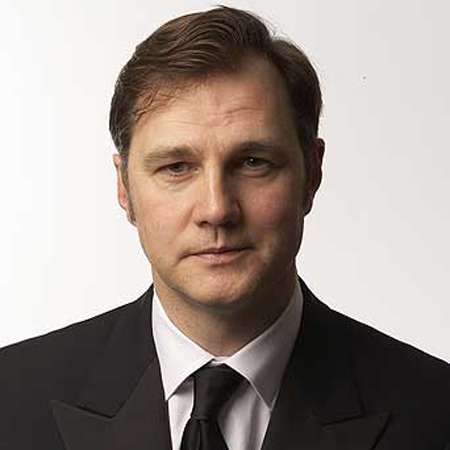 Actor David Mark Morrissey is of English nationality and is known best for his acting credits on the television series One Summer and on several theatre productions. He was born on 21st June 1964 to a cobbler father Joe Morrissey, and mother Joan Morrissey. He has three siblings; two brothers Tony Morrissey and Paul Morrissey and a sister Karen Morrissey.

Born in Kensington area, Liverpool, Lancashire, he and his family lived in 45 Seldon Street. He was interested in acting since a very small age and that is what he decided to pursue as a child. He attended the St. Margaret Mary’s School and cites his inspiration to be his teacher named Miss Keller. He then attended the De La Salle School and then joined the Everyman Youth Theatre to pursue acting. He was cast, at the age of 18 in the series One Summer after which he attended the Royal Academy of Dramatic Art, Royal Shakespeare Company as well as the National Theatre.

Morrissey landed the role of policemen and soldiers next after whom he earned roles liked Bradley Headstone in Our Mutual Friend, as well as the role of Christopher Finzi in Hilary and Jackie. He also had appearances on Some Voices, Captain Corelli’s Mandolin, State of Play and The Deal. His role of Stephen Collins in the State of Play earned him a nomination in the British Academy Television Awards and his role of Gordon Brown on The Deal earned him the Best Actor Award from the Royal Television Society.

He has had roles in Centurion, Nowhere Boy, Red Riding as well as Sense and Sensibility. Stage productions like In a Dark Dark House, Macbeth and the AMC television series The Walking Dead has took his fame to the international level. Working in some of the renowned television series and the films, Morrissey shared the screen with the veteran actors like Andrew Lincoln, Lily Collins, Norman Reedus, Lauren Cohan,  Nathalie Emmanuel.

He has been considered to be the most versatile British actors of his generation by the British Film Institute and he has directed films like Sweet Revenge as well as Passer By. He won some awards for his performances in the television series and films. Some of the awards he won are the "Royal Television Society Programme Award" and "Liverpool Daily Post Arts Awards."

As far as his personal life is concerned, Morrissey is a married man. He married his longtime girlfriend, novelist Esther Freud on 12th August 2006. The couple remained in a romantic relationship for over 13 years before they exchanged their vows. The pair reportedly met at a dinner party set up by the Morrissey's Robin Hood co-star Danny Webb. They have three children together first child named Albie, Anna and Gene Morrissey with his spouse.

This versatile personality has a net worth of $3 million and earns an average salary of $300 thousand per year. His net worth can be attributed to his number of acting credits on television, film and on theatre productions. David Morrissey stands at a tall height of 6ft 3 inches (190 cm) and he weighs at around 80 kg (176 lbs) as of 2019.