Lending his signature sweeping power ballad aesthetic to hits from many big-name artists like Whitney Houston and Celine Dion, David Foster is still regarded as the most commercially successful producers and composers in all of the most hit music during the '80s, '90s, as well as early 2000s. Sixteen-time Grammy-award-winning artist Foster started his career joining the pop group Skylark as a keyboardist and won his first Grammy in 1980 for Best R&B Song.

David Foster was born on 1st November 1949, in Victoria, British Columbia, Canada to parents Maurice (Morry) Foster and Eleanor May Foster. His father Maurice was a maintenance yard superintendent while his mother Eleanor was a homemaker.

He grew up in Victoria along with is five sibling-sisters; Jaymes Foster, Marylou Foster, Jeanie Foster, Ruth Foster, and Maureen Foster. Regarding his ethnicity, he holds Canadian nationality and ethnicity wise; he is a White.

In the year 1963, Foster went on to enroll at the University of Washington's music program. In 1965, he gave an audition to become a part of the Edmonton nightclub owned by renowned jazz musician Tommy Banks. It was turned out to be an excellent chance for him to hone his skills in jazz, producing records, and music business.

David Foster later joined a pop group Skylark where he was a keyboardist. The group came with an eponymous album in 1972 and released their debut song Wildflower from the album in 1973. The song became a ma s sive hit becoming a top ten hit of that year.

The same year, however, the group was disbanded. Subsequently, Foster went on to work on recordings from superstars who are Barbra Streisand, John Lennon, Diana Ross, and Rod Stewart. After his involvement with such renowned artists, Foster obtained huge popularity.

Foster was an album producer for The Tubes' most hit albums The Completion Backward Principle (1981) and Outside Inside (1983). The 1980s was a busy and more successful decade for the musical maestro as he also worked as the band's producer on Chicago 16 (1982). In 1985, the artist was named "master of ... bombastic pop kitsch" by Rolling Stone Magazine. 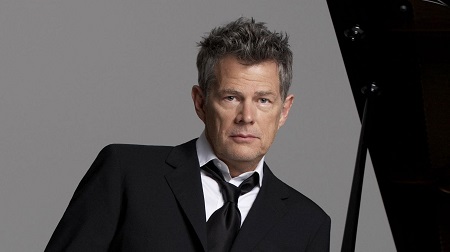 In 1988, he composed the theme song titled Winter Games for the XV Olympic Winter Games. Around the same time, David likewise worked as a scorer for some hit movies like St. Elmo's Fire. In 1995, he signed a contract deal with Warner Brothers. The entertainment company enabled him to form his own boutique label, 143 Records, with his then manager Brian Avnet.

In 2009, the artist, along with his daughter Amy Foster-Gillies and multi-platinum, Grammy Award-winning recording artist Beyonce, wrote the anthem to the World Children's Day titled Stand Up For Love. More than $50 million has been raised over the years for many children's organizations, including Ronald McDonald House Charities.

David Foster has also forged a successful television career. In 1993, he recorded the David Foster's Twilight Orchestra on the national television station RCTI. Subsequently, he worked for many other hit projects like Popstars, American Idol, Nashville Star, and many others. In 2015, he was a judge of Asia's Got Talent.

Net Worth, Earnings, And House

Foster shared his Malibu house with his ex-wife The Real Housewives of Beverly Hills star Yolanda Foster. They sold the house for $19 million in 2015. It is built on 11,620 sq. ft. and features six-bedroom and 9-bathrooms.

The singer rides expensive cars. With such a huge net worth, David lives a lifestyle. He has also earned a certain agreeable amount of money from his endorsement deal with many well-known brands and companies.

David Foster is also quite pa s sionate about philanthropy work. He is the founder of the David Foster Foundation which is aimed to support children in need of medical transplants. Furthermore, he is an ardent supporter of Israel, where he raised fund from their wounded soldiers.

In the year 2019, Foster won a Juno Awards his own foundation supplying money to charities and Canadian families.

David Foster's personal life is full of ups and downs and has a long dating history. The multi-talented musician has been married five times. He first married singer and writer B.J. Cook in 1972. Cook gave birth to their first child, a daughter, Amy S. Foster, in 1973. Amy is a songwriter and author. Foster also has a daughter Allison Jones Foster from his previous relationship. 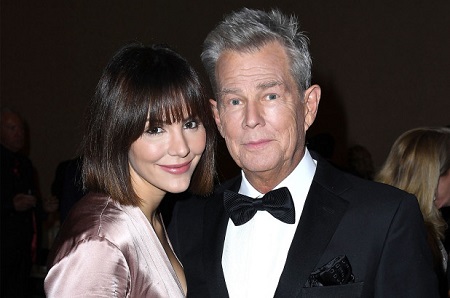 Foster and his ex-wife Rebeca, nonetheless, divorced just after four years of their marriage. Foster married to his third wife Linda Thompson on 27th June 1991. Together, the couple worked on several collaborative songs like I Have Nothing.

Despite their loving relationship, the two did not last long and divorced on July 11, 2005. They did not have any child, although the pair shared a decade long marriage journey. But, the singer is a step-father of Brody Jenner and Brandon Jenner.

David's fourth marital relationship with his Dutch model Yolanda Hadid also ended with a divorce. The power couple tied the knot on November 11, 2011. They organized their wedding ceremony in Beverly Hills, California.

In late 2015, they seperated, and their divorce was finalized in May 2017. After going through four failed relationship, Foster again popped the question to Katharine McPhee, in June 2018. They married on June 28th, 2019, at the Armenian Church of St Yeghiche, South Kensington in London.

The couple dated for a few years before their marriage. In May 2017, they were spotted enjoying a dinner date in Malibu. Despite their crazy age gap, the couple is sharing a blissful married life.