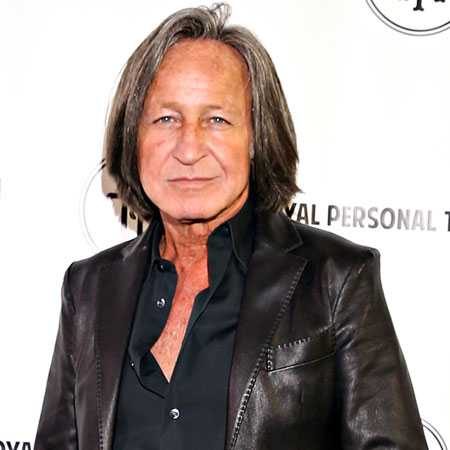 Mohamed Hadid is one of the most successful real estate businessmen and entrepreneurs born in Nazareth (now Israel). He belongs to a Muslim family.

Hadid went to North Carolina State University and later attended the Ma s sachusetts Institute of Technology. He wanted to build his career in art from an early age.

Mohamed Hadid started his career as a car salesman. At the time, he restored and resold the cla s sic cars off for a tidy profit in the Georgetown. Then, he moved to Greece and opened a nightclub.

With the earning from the nightclub, he started a real estate business in the United States. In the 1980s, he bought Ritz-Carlton hotels in Washington and New York. He then built a mansion in Bel Air, Le Belvedere.

Besides, Hadid also participated in the 1992 Winter Olympics representing Jordan in speed skiing at the age of 43 years.

Is Multi-Millionaire; His House and Other Properties

Mohamed Hadid's estimated net worth is $100 million. Hadid established his huge empire through his mansions and Ritz Carlton hotels that are spread all over the U.S. As per sources, Hadid's net salary in 2016 was around $43,000,000.

Hadid owns several luxury hotels and mansions in several parts of the world. Hadid's most expensive and luxurious villa includes The Crescent Palace in Beverly Hills. The 48,000 square foot mansion with 11 bedrooms and a 3800 square foot roof garden is worth $60 million.

He owns Ritz Carlton hotels in several parts of the U.S. like Houston, New York, Aspen and Washington D.C. Hadid brought Ritz-Carlton hotel in the late 1980s in $150 million and reportedly, he spent around $42.9 million to develop the Ritz-Carlton resort in Aspen to a 292-room luxury hotel.

Mohamed Hadid is currently engaged to Shiva Safai who is 33 years younger than Hadid. Safai is also a businesswoman and a model. In 2017, Hadid and Safai appeared on Second Wives Club on E! They got engaged in 2014.

Previously, Hadid was married to Mary Butler. The couple has two daughters:  Alana Hadid and Marielle Hadid together. The couple ended their marriage in 1992.

Mahamed and Yolanda got divorced in 2000. He came as the ex-husband of Yolanda Hadid in The Real Housewives of Beverly Hills.

Several criminal charges were charged against Hadid for violation of municipal code in 2015. It was alleged that he built many houses twice the permitted size. Also, his most significant project Strada Vecchia worth $200 million led him to court. In 2017, Hadid pleaded no contest to the allegation.