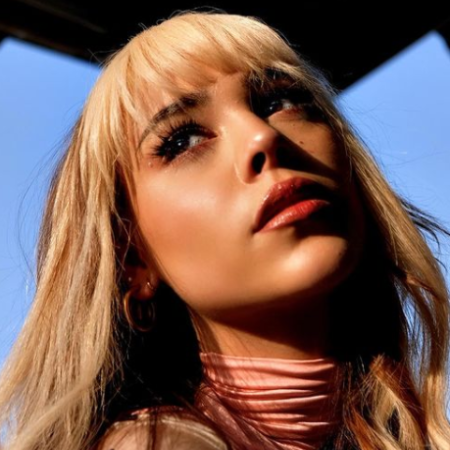 Danna Paola is a famous Mexican actress, singer, and fashion model. She garnered recognition for her performances in TV series, including María Belén, Amy, la niña de la mochila azul, La Doña, Elite, and ¿Quién es quién?. Besides her acting, the 25-year-old is popular for her singles include "Mala Fama", "Oye Pablo" and "Final Feliz."

She is one of two daughters of Patricia Munguia and Juan Jose Rivera Arellano, the former musician of Grupo Ciclón and Los Caminantes. Her parents divorced when she was a child. She has an older sister, Vania Rivera Munguia.

Danna Paola started her acting career in 2000 when she appeared in the miniseries Ray of Light. The following year, she landed the main role of María Belén García Marín in the television series María Belén.

From 2002-2003, she made a guest appearance in the TV show ¡Vivan los niños!. In 2004, she played the leading role of Anita in the broadway musical Annie. 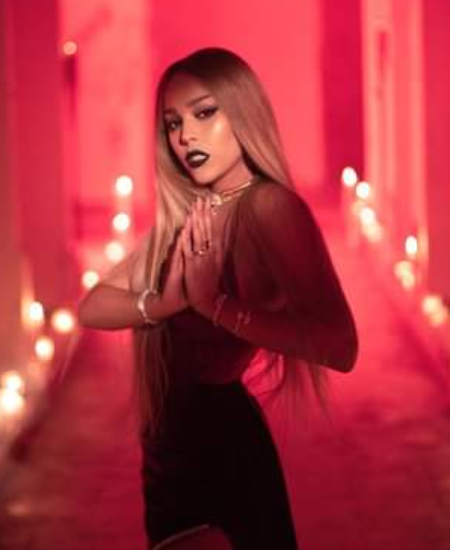 The same year, the actress was cast as Amy Granados-Betancourt Arteaga in the television Amy, la niña de la mochila azul. She joined the cast of TV show Pablo y Andrea as Andrea Saavedra in 2005.

She acted as Patricia "Patito" Peralta Castro in the television series Atrévete a soñar from 2009 until 2010. From 2015-2016, she starred as Paloma Hernández in the TV series ¿Quién es quién? alongside Eugenio Siller and more.

Paola appeared as Mónica Eulalia Hernández in the drama television series La Doña from 2016-2020. She was seen as Lucrecia "Lu" Montesinos Hendrich in the Netflix thriller teen drama Elite from 2018-2020.

Besides her acting career, she has released numerous albums including, K.O., Siete+, Mi Globo Azul, Oceano, and more. Her top-notch singles are "Mala Fama", "Oye Pablo" and "Final Feliz."

The 5 feet 3 inches tall actress was previously in a relationship with actor Eleazar Gomez from 2009 to 2015. They first met during the shooting of the soap opera Atrévete a soñar.

Similarly, she has also been linked with other celebrities like Miguel Bernardeau, Roger Gonzalez, Michel Duval, Alex Strecci, and Chumel Torres.

Whopping Net Worth Of $2.5 Million: Earnings And Income Sources

The 25-year-old actress has a whopping net worth of $2.5 million as of June 2021. The major portion of her riches is her career in acting, singing, and modeling.

She also adds a good amount from her album sales, endorsements, promotion, and social media platforms. In 2016, she became the new face of the world's largest cosmetics company L'Oreal.

Furthermore, the actress ama s ses between $61,798 and $102,996 per sponsorship post from her Instagram @dannapaola, with 31 million followers.