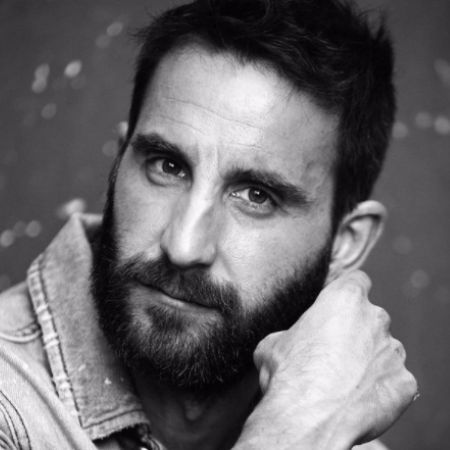 Dani Rovira is a Spanish comedian and actor from Málaga, Andalusia. He rose to fame for his monologue "Mi familia y yo" ("My family and I").

Likewise, he is well recognized for his film work, including Spanish Affair, 100 Meters, Taxi to Treasure Rock, and The Japon. Since 2015, the actor has been part of the TV program El Hormiguero.

Talking about his education, he attended the University of Granada, graduating in Physical Education and Sport Sciences.

He is 40 years old, as of writing this article. He stands at the height of 5 feet 10 inches (1.78 meters). He holds Spanish nationality.

Dani Rovira first became popular for his monologue "Mi familia y yo" ("My family and I"). From 2008-2010, he appeared in the TV program Nuevos cómicos.

His other early television program includes Estas no son las noticias and Buenafuente. He did the voiceover (Spanish version) of the hit animation film Cloudy with a Chance of Meatballs 2 in 2013.

The following year, he starred as Rafa in the comedy film Spanish Affair. He then reprised his role in its sequel Spanish Affair 2, in 2015.

The same year, he worked as a voice artist for the animated film Capture the Flag and hosted the TV special award function 29th Goya Awards.

Rovira was cast as Juan López / Superlópez in the comedy film Superlópez in 2018. He appears in the TV program La Resistencia since 2018.

Whopping Net Worth Of $1.5 Million

The 40-year-old actor has earned a considerable amount of riches from his professional acting career. As of June 2021, his net worth is estimated to be around $1.5 million.

He has done a voiceover (Spanish version) of the hit animation film Cloudy with a Chance of Meatballs 2, which made a box office collection of $274.3 million against the budget of $78 million.

Besides, Rovira also racks up a handsome amount from his endorsements and social media. He earns between $4,892.25 and $8,153.75 per paid post from his Instagram @danirovira, with 2.4 million followers.

Is He Married Or Single?

Spanish Affair actor is yet to get married and isn't dating anyone at the moment. However, he was previously in a relationship with his Eight Surnames co-star Clara Lago.

The former couple started dating back in 2013, and after five years of togetherness, they got separated and officially broke up in 2019.

The actor announced that he was suffering from Hodgkin lymphoma which is a type of lymphoma that originates from cancer from white blood cells called lymphocyteson March 25, 2020.