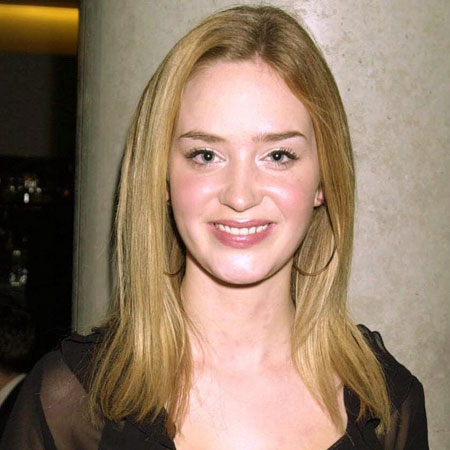 Emily Blunt is a British-American film and stage actress. Made a professional debut on the London based play named The Royal Family, she has made her significant roles in several movies including Looper, Edge of Tomorrow, and The Adjustment Bureau. She has received several awards including Golden Globe Award.

Blunt was born on February 23, 1983, in London, England. She holds an English nationality and belongs to Caucasian ethnicity. She is the second daughter among four children of her parents Joanna Mackie and Oliver Simon Peter.

When Blunt was seven years old, she struggled with stuttering till the age of 14. Her school teacher helped her to overcome the stutter through acting.

Blunt attended the board of directors for the American Institute for Stuttering. She joined Ibstock Place School and attended Hurtwood House in Surrey, a private sixth-form college known for performing arts program.

The artistic actress made her professional acting debut in the play The Royal Family next to Judi Dench.

Blunt made her appearance in Nicholas Wright’s Vincent in Brixton. And made her screen debut in Boudica, a British television drama. Moreover, she gained attention when she played a role of Tamsin in My Summer of Love, a British drama.

Additionally, Blunt appeared on a British drama entitled Gideon’s Daughter along with Miranda Richardson and Bill Nighy. Along with Stanley Tucci, she was seen in The Devil Wears Prada. She also acted in the movie Edge of Tomorrow along with Tom Cruise. Recently she hosted the 11th Annual American Institute for Stuttering.

During the year 2015, the proficient British actress was featured in the action movie Sicario which was directed by Denis Villeneuve. The movie starred other popular stars like  Josh Brolin and Benicio del Toro. Further, she played Kate Macer, a principled FBI agent which was a s signed to take the leadership of the strong Mexican drug cartel.

The following year Bunt first co-starred alongside Jessica Chastain, Chris Hemsworth and Charlize Theron in The Huntsman: Winter's War which was directed by Cedric Nicolas Troyan.The movie was able to earn a great success in the box office.

The talented actress, Blunt started dating American actor John Krasinski. They shared their relationship status in August 2009.The couple was married in July 2010 and the wedding ceremony was held in Como, Italy.

The couple has two daughters together named Hazel and Violet. Their first daughter is 3 years old and younger daughter is just one year old.

Blunt's co-star of The Devil Wears Prada, Stanley Tucci is her brother-in-law as he married her sister, Felicity who served as a literary agent. The couple was introduced to each other by Blunt.

In 2015, Blunt was then naturalized as an American citizen. She took dual citizenship in the United States mentioning the status helped her tax and visa situation.

Currently, the popular actress, Blunt, and her husband John are having a great time with their family in New York as they sold Los Angeles home for $6.5 million. She is living a luxurious life, as her net worth is reported to be around $16 million.