Dalton Jacob Gomez is a real estate agent from Southern California. He is best known as the husband of Grammy-winning pop star Ariana Grande.

Gomez is currently 25 years old. He was born on August 7, 1995, in San Bernardino, California. Dalton has kept his personal life out of the spotlight, so nothing much is known about his parents and early life. As per Capital FM, the 25-year-old has a brother, Dakota, who is a tattoo artist.

On the other hand, his wife, Ariana, is 27 years old. She was born on June 26, 1993, in Boca Raton, Florida, to parents Joan Grande and Edward Butera. Grande's parents separated when she was around ten years old. She has an older half-brother, Frankie Grande, who is an entertainer and producer. 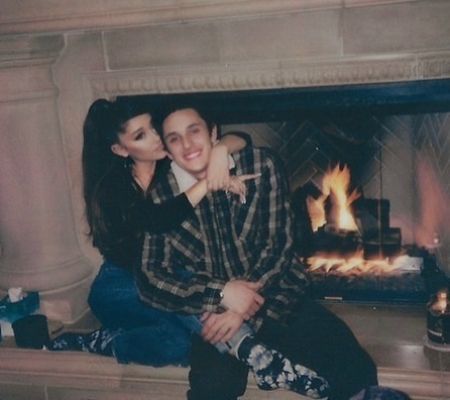 CAPTION: Ariana Grande and Dalton Gomez have been in a relationship since last January. SOURCE: Instagram @arianagrande

Rumor Of Relationship With Selena Gomez

In recent days, it has been suspected that Dalton is related to another popstar Selena Gomez since both share the same surname. However, no information indicates that he is indeed a brother of Selena Gomez or if they are related in any way. Selena has two younger half-sisters: Gracie Elliot Teefey and Victoria "Tori" Gomez.

Talking about his height and weight, Dalton is 5 ft 10 in (1.78 m) tall and weighs about 123 lbs (56 kg). Grande, on the other hand, stands 5 ft 0½ in (1.54 m), as per IMDb bio. She is Italian-American of half Sicilian and half Abruzzese origin. Her father is a graphic design firm owner and her mother is the CEO of Hose-McCann Communications.

Dalton and Ariana have managed to keep their relationship under wraps. While publicly, they have been a couple for over a year now, it is not known how they met.

They first sparked rumors when both were spotted on a PDA-filled night out with friends while dining out at Bar Louie in Los Angeles in February 2020.

In late March, People reported that Gomez and Grande had been dating for about two months and both were quarantined together at her home in Los Angeles. “Ariana is staying at home with friends. She is very serious about self-distancing and has been with the same group of people for days,” a source told People. 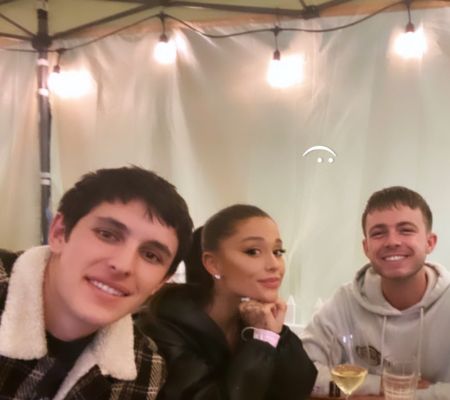 CAPTION: Ariana Grande and her fiancé Dalton Gomez tied the knot in an intimate backyard ceremony at her home in Montecito. SOURCE: Twitter @DaltonJGomez

“One of the people she is with right now is Dalton — they have been hanging out for a couple of months. Ariana doesn’t want to do another public relationship so she is trying to keep this one quiet, but she seems very happy with Dalton.”

The pair only made their relationship public in May 2020 while appearing in the music video for her duet with Justin Bieber, "Stuck with U." A month later, “7 Rings” singer made her relationship with Gomez Instagram official, sharing a series of pictures, one along with Dalton. "Almost 27 :)," she captioned the post.

After dating for 11 months, Gomez and Grande got engaged on December 20, 2020. The following day, Ariana showed off her diamond and pearl engagement ring on Instagram. The asymmetrical engagement ring was designed by Solow & Co's jeweler Jack Solow. 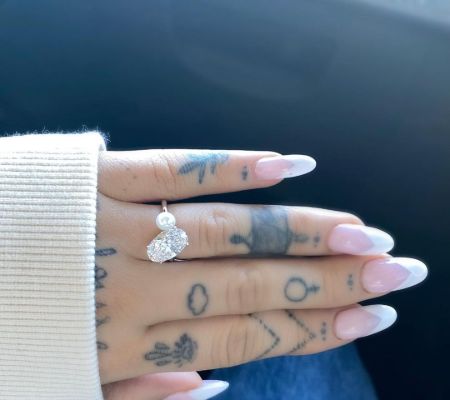 “Dalton was involved in every step of the selection process through FaceTime and Zoom since he was on the West Coast and I was here in my office in New York. He was very, very specific about what he wanted," Solow told E! News.

Solow revealed that he and Dalton had also worked together to design a wedding band for the couple's big day. “It’s a beautiful, tasteful platinum and diamond pavé band. Dalton was very happy with it.” a source told the outlet. Gomez and Dalton tied the knot on May 15, 2020, in a private ceremony at her home in Montecito.

Gomez is a real estate agent who currently serves as the sole buyer agent for Aaron Kirman. He has been working in the luxury real estate market for the past five years. During the first three years, the 25year-old served as the Director of Operations for the Aaron Kirman Group.

As per his bio on the group's website, Dalton holds one of the largest Rolodexes of A-list buyers with connections to many high-profile deals across the city and is quickly becoming an industry titan. His net worth is estimated at $20 million as of 2022. Meanwhile, Grande has a net worth of $180 million.