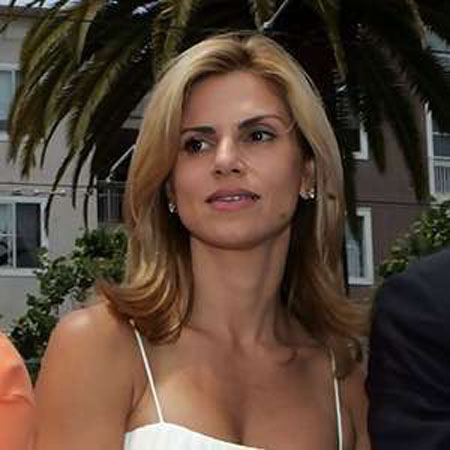 Cynthia was born on  28 December 1972 in Coconut Grove, Miami Florida, under the birth sign Capricorn. She was born to Evangeline Scurtis and John Scurtis. Raised in strict religious Greek Orthodox home, Scurtis attended Gulliver Prep School.  She is White in ethnicity and holds American nationality.

She has a sister name Anastasia Scurtis.

She played volleyball during her school days and was a cheerleader too. Later she joined Ohio State University and received a bachelor's degree in Psychology. After her graduation from the University, Scurtis went back to her hometown to teach high school psychology in her alma mater.

Cynthia has not maintained her public figure, as she is recognized as the ex-wife of a former professional baseball player, Alexander Rodriguez.

Her ex-husband Rodriguez is a former professional baseball shortstop and third baseman. He has played for various clubs including, Texas Rangers, Seatle Mariners, and New York Yankees.

He is also known as the winner of three MVP awards and has hit nearly 700 home runs throughout his career.

You May Interested in Alex Rodriguez Plays Baseball with Kim Kardashian and Family: Pictures Here.

She also received $12 million from the divorce settlement. After her divorce, Curtis bought a house on Fisher Island in Florida. The house is worth $700,000 and includes one bedroom, one bathroom, on 690 square feet.

Cynthia Scurtis was married to Alex Rodriguez on 2nd November 2002. The couple met first time during their school days and began dating. After dating for six years, Rodriguez proposed Scurtis on her 30th birthday.

On 18 November 2004, the pair welcomed their first child daughter, Natasha Alexander. On 27 March 2007, Rodriguez was caught out in Toronto with Joslyn Noel Morse, a former Playboy model. However, Scurtis blamed paparazzi.

When their second daughter, Ella Alexander was born on 21st April 2008, Rodriguez missed her delivery by 15 minutes. According to rumors, he stayed for 10-15 minutes and then went back to New York to attend a benefit which was hosted by Madonna.

The same year on 1st July, rumors began spreading that Rodriguez and Madonna were having a secret affair, but both of them denied the rumor. The next day she and Rodriguez separated, and their divorce was finalized on 31 October 2008.

On 3rd July, Cynthia Scurtis was spotted dating Lenny Kravitz. However, the pair also denied the rumor. As of 2019, her ex-husband, Alex Rodriguez is dating Jennifer Lopez since 2017. Moreover, there were many rumors of their engagement, but the couple has not confirmed yet.