Discarding The Overwhelming Engagement Rumors, Sources Close To JLo Say She Is Not Engaged To Alex Rodriguez 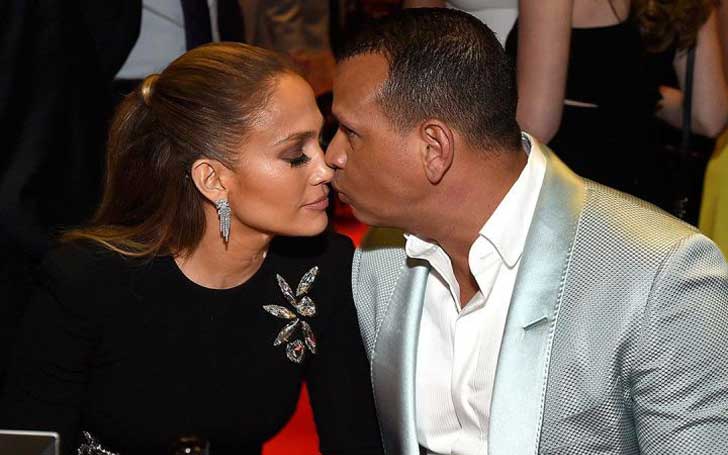 Jennifer Lopez Is Not Engaged To Her Boyfriend To Alex Rodriguez, Source Close To The Singer Revealed

J.Lo is not engaged yet! Discarding the wave of rumors that Jennifer Lopez was engaged to her beau Alex Rodriguez, two sources close to the American singer told that she is not engaged.

Speculations regarding the Dinero singer's engagement sparked after the 49-year-old sparkled her huge diamond ring at Game 2 of the World Series on Wednesday, October 24.

One of Rodriguez's followers named Kimberly commented saying "The sign I see is engagement" where she also added three diamond emojis.

Though many of their fans have speculated about their engagement, this might not be true. Neither the couple nor their representatives have opened their mouth about the rumor, however, the ring might not be the engagement ring as Lopez was snapped wearing exactly same rock back in September.

Us Weekly reported that a source close to the couple told in August that Lopez is taking time with her new beau after three divorces. The source told,

They were ready to get married early on and talked about it. But Jennifer decided she wants to do it differently this time.

She's been down the marriage road and doesn't know if she wants to do it again...Everything is working out so well, she doesn't want to jinx it or change anything.

In addition, Lopez had also manifested her intentions in an interview with Harper's Bazaar, in March where she said,

I do believe in marriage. And I would love to grow old with somebody in a committed relationship. But I'm not forcing anything right now.

Jennifer Lopez was previously married three times. She was married to chef Ojani Noa in 1997, dancer Cris Judd from 2001 to 2002 and to Marc Anthony whom she was married from 2004 to 2011. She also shares twins Max and Emme, 10 with him.