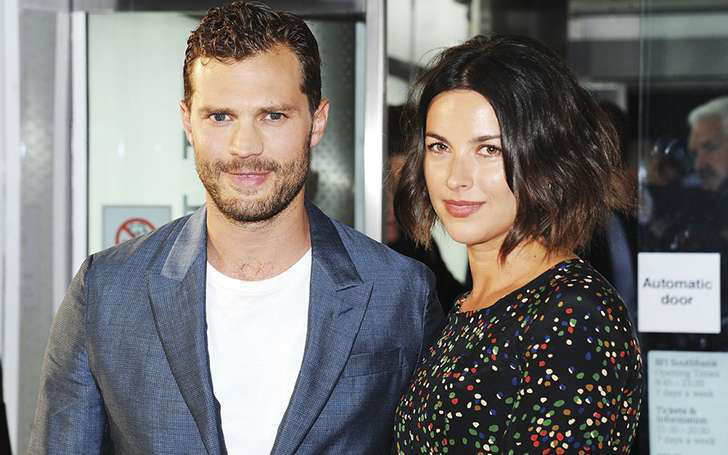 The conjugal life of Jamie Dornan and his wife Amelia Warner was surrounded by divorce rumor after the actor was rumored to be dating his Fifty Shades of Grey co-star Dakota Johnson in 2017. The actor, however, bluntly denied the rumor.

Has the rumor created any distance between the couple? How is their relationship going on? Are they happily married despite the divorce rumor? Or are they getting the divorce for real? We have all answers here.

Despite the divorce rumor that surfaced 2017, the 35-year-old English actor and his wife of four years are still together, going strong. It seems like the divorce rumor hasn't affected their relationship as the actor, Dornan, and his singer wife, Warner has been spotted enjoying quality time and again in the recent months.

Most recently, Dornan and Warner appeared at Jimmy Kimmel's show Jimmy Kimmel Live in Los Angeles to promote the third installment of Fifty Shades of Grey where they appeared loved-up. 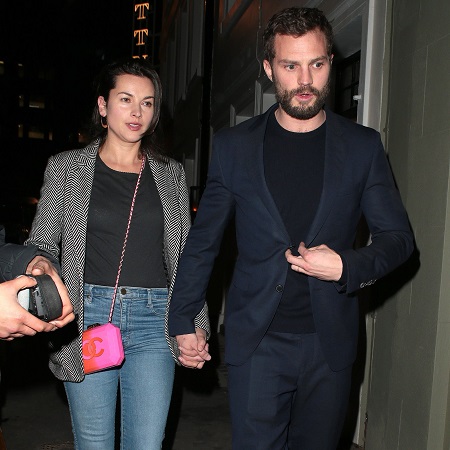 Prior to the show, the couple also spotted enjoying a wonderful date in West Hollywood where they enjoyed a lunch date at Sushi Park in January 2018.  Despite his busy schedule for promoting new film Fifty Shades Freed, Dornan manages to spend a quality time with his wife and daughters. 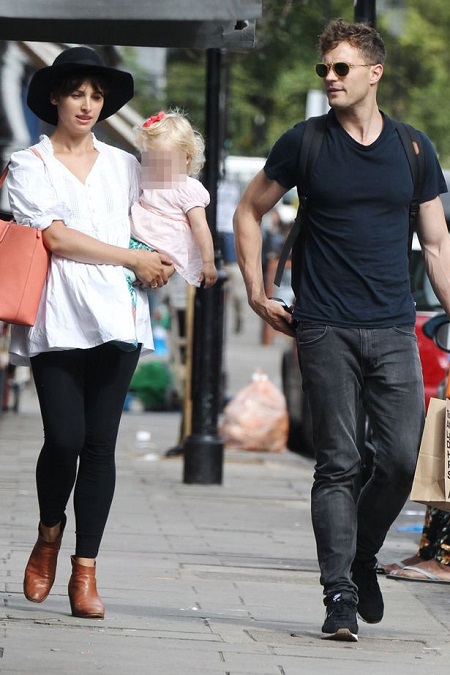 Dornan first met his singer-songwriter wife in 2010 via mutual friends at a party in Hollywood, California. Love bloomed between them soon after their first meeting. After two years of romance, the couple decided to take their relationship to next level and got engaged in 2012. They eventually got married in 2013 in an intimate Somerset ceremony.

They are proud parents of two children. Warner gave birth to their first daughter Dulcie Dornan in November 2013 and second daughter Elva Dornan in February 2016.

Dornan who rarely talks about his personal life once shared that being a father is "the most magical thing in the world". The father of two shared:

"It’s brilliant, it’s the most magical thing in the world.... Dulcie wakes up and wants to see the baby instantly.' Of being a working father, he added: 'I love it… I want to be busy but I’m also aware I’m a young father and I want to spend time with my kids, so they come everywhere with me, which we can afford to do at the moment before they start school."

Prior dating  Warner, Dornan was in a high profiled relationship with actress Keira Knightley. Dornan and Knightley started dating in 2003.

The former couple had their first encounter on the set of an Asprey photo shoot in 2003. They made their first public appearance as a couple in May 2004. 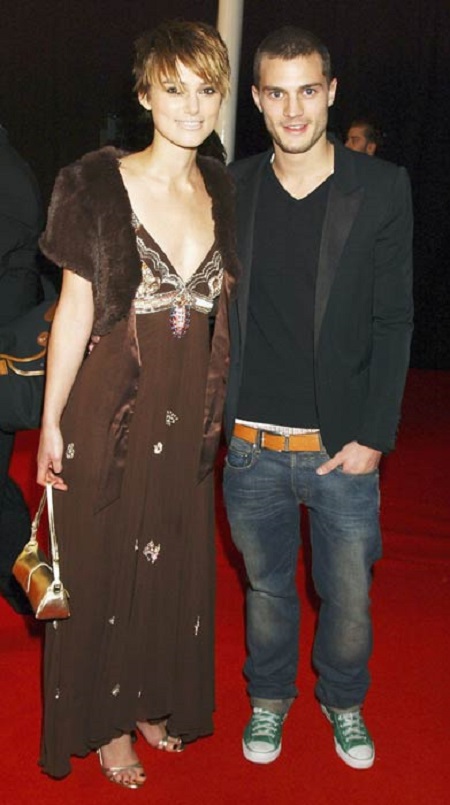 They were together for two years but sadly called it quit in 2005. Recalling about his relationship with Knightley, Dornan said in 2014:

"I don't think I'm ever going to be as famous as her. It's a strange environment, being hounded. The paparazzi are cretins. There are so many ways to make a living that don't involve hiding in bushes outside the houses of 18-year-old girls."

Just like Dornan, the 32-year-old actor is now married to James Righton since 2013. Reportedly, Dornan and Knightley both ignored each other as they both attended 2015 British Academy of Film and Television Arts (BAFTA) Tea Party in 2015.