Is 50 Shades of Grey Actor Jamie Dornan Getting a Divorce From Amelia Warner Because of Dakota Johnson? 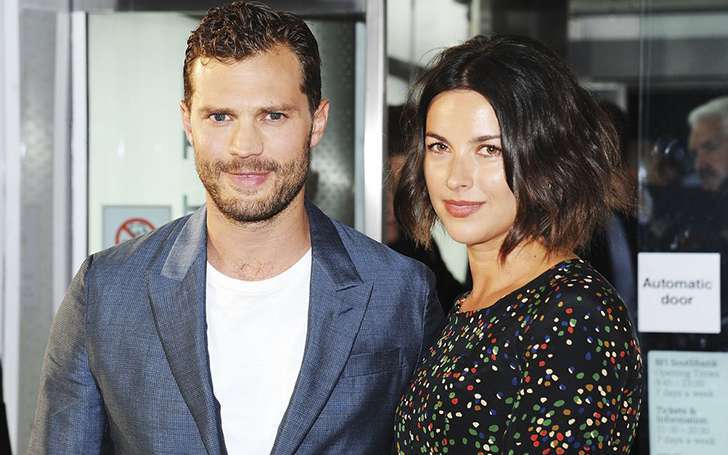 Christian Grey has some shady issues in Fifty Shades of Grey but the man who plays Grey, Jamie Dornan, is doing great in his personal life. He is a married man and shares two daughters with his wife, Amelia Warner.

It might sting a bit if you are a hardcore Christian Grey fan, but the man has been married for almost four years now. In today's digest, we will be talking about his married life and kids.

And also clear out whether or not Jamie Dornan is likely to get a divorce anytime soon. Is there anything going on between Dakota Johnson, Anastasia, and Jamie Dornan, Christian Grey? We'll tell you!

Is 50 Shades of Grey Actor Jamie Dornan Getting a Divorce From Amelia Warner Because of Dakota Johnson?

The 50 Shades of Grey star, Jamie Dornan, and the Quills star Amelia Warner got married on 27th April 2013. They share two daughters; Dulcie Dornan born on November 2013 and Elva Dornan, born on February 2016. Jamie Dornan and Amelia Warner with their kids Dulcie and Elva

The family of four spends most of their free time together. But they do not share much to the outside world. The news of their newborn kid was completely under the radar before she was born but eventually, everything came out, like everything in Hollywood does! Everything was going fine in Jamie's paradise until of Fifty Shades of Grey sequel Fifty Shades Darker happened. Now, there are rumors that Jamie Dornan and Dakota Johnson might have a relationship off-screen. Let's dig into that now!

What is Going on Between Jamie Dornan and Dakota Johnson

Fifty Shades Darker co-stars are likely to get linked as they have spent a lot of time on sets and have done two movies together already, apart from countless interviews and appearances. However, news has come out that  Mr. Grey was jealous to hear Dakota's name linked up with someone else.

However, all those are made up stories. That's not something new in Hollywood. Jamie Dornan and Dakota Johnson are good pals and apparently coming together in another movie very soon! A treat for the fans!

When you are doing a movie like Fifty Shades Darker you'd have obviously consulted with your other half. So, it's very unlikely that Jamie Dornan has any issues in his married life regarding that.

You get it right? And another thing, just to clear things out, the married couple is not getting a divorce. For more updates and celebrity gossip, keep coming back to Article Bio.