Condola Rashad is an American actress known mainly for theatre. Her stand out performance in Ruin, Lynn Nottage's Off-Broadway play won her Pulitzer Prize. She is also a four-time Tony nominated performer making her the youngest with that many nominations. Rashad played Juliet opposite Orlando Bloom in Romeo &Juliett which considered one of her best performances.

Besides that, Rashad also acted in TV series like The Good Wife, Law & Order: Criminal Intent. As of 2018, she plays the character Kate in the drama series Billion and Joan of Arc in the Broadway revival of the George Bernand Shaw's play, Saint Joan

Condola Rashad was born Condola Phylea Rashad to Ahmad Rashad and Phylicia Rashad on December 11, 1986, in New York City, US. She was named after her grandmother Condola Moore.

Rashad was born three days prior to her parent's first wedding anniversary. Her father Ahmad was a professional football player while her mother Phylicia was an actress. Rashad's parents divorced in 2001.

She has seven half-siblings all of them older than her. Only  Billy Bowles is the only child from her mother's side while Sean, Keva, Maiysha and Ahmad Junior are her remaining brothers.  Her cousins are Norman Nixon Jr and Vivian Nixon. She graduated in 2008 from California Institute of Arts.

Rashad debuted in the entertainment industry in 2009 appearing in an American legal drama TV series The Good Wife playing the role of Mary Bennett in one episode. The same year she also performed a stage play called Ruined as Sophie at the Manhattan Theatre Club.

She went on to win the Theatre World Award for Best Debut Performance and was nominated for a Drama Desk Award for her cast in the play Ruined. She appeared in two episodes of the popular Television series  Law & Order: Criminal Intent in 2010 with other popular actors likeVincent D' Onofrio, Kathryn Erbe, and Jamey Sheridan. She performed as Juliet opposite Orlando Bloom in Romeo & Juliet on Broadway. 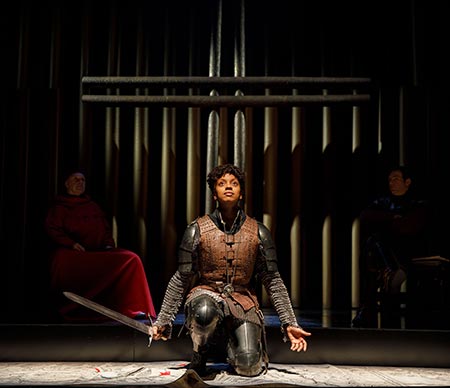 She was seen in movies like Sex and the City 2, Steel Magnolias and 30 Beats. She was cast in the 2017 movie Bikini Moon directed by Micho Manchevski. Rashad is cast in the 2018 movie Come Sunday in the role of  Gina Pearson which released on April 13, 2018, in the United States. In the movie, she was cast opposite Chiwetel Ejiofor. She is part of the Broadway revival of Saint Joan, a play by George Bernard Shaw where she appears as Joan of Arc.

Below are some of her awards and nominations:

Condola Rashad's estimated net worth is $10 million. Her mother Phylicia Rashad who was a popular actress of her time has a net worth of $55 million and father Ahmad Rashad who is a retired professional football player has a net worth of $8 million Condola Rashad earned most of her income by being cast in big movies and TV series. She also acts in many theatres plays from where she earned her million dollar fortune.

Condola Rashad is engaged to actor boyfriend Sebastian Vallentin Stenhoj. Sebastian proposed to her while on a boat ride during their Mexico vacation. The lovebirds, however, have not made any of their wedding plans public yet. Her mother and father divorced in 2001. Being the daughter of a famous actress mother, she inherited acting from her mother which proved to be a huge help in making her career strong and impactful. 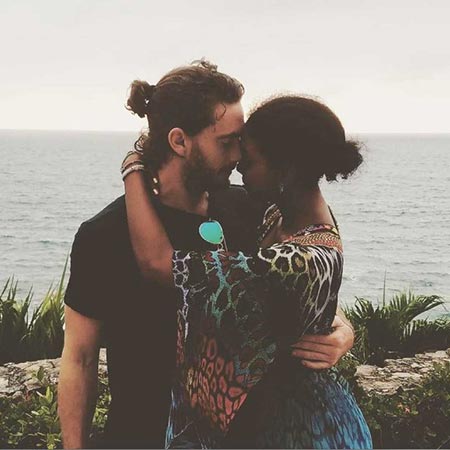 Condola Rashad as Juliet in the stage play, Romeo, and Juliet.