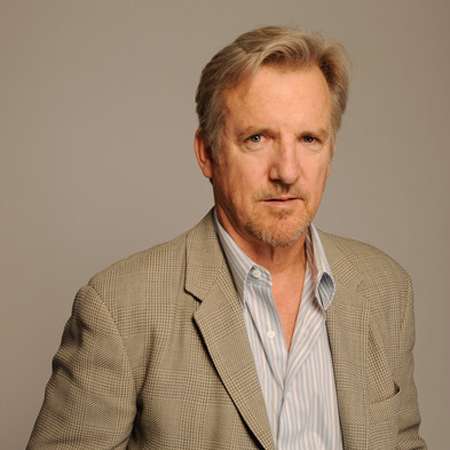 Jamey was born as James Patrick ‘Jamey’ Sheridan in Pasadena, California, United States. He is of white ethnicity and is of American nationality. He spent most of his childhood with his family of actors. So, Jamey was obviously attracted towards the Hollywood industry. Thus he decided to take up acting as his career in the future. His desire naturally came true in the years to come.

Jamey received his first role in a movie in 1986’s Jumping Jack Flash as a N.Y. Officer. Since then he has been seen in movies like Distant Thunder, The House on Caroll Street, Quick Change, Talent foir the Game , All I Want for Christmas, A Stranger Among Us, Wild America, Rain, Life as a Horse, Desert Saints, Handsome Harry, and many more. He was recently seen in 2015 as character Jim Sullivan in Spotlight. He will soon be seen in 2016’s Sully. Jamey made his television debut in 1981 as character George in CBS Children’s Mystery Theater. Since then, he has also been seen on As the World Turns, One Police Plaza, The Eualizer and more. He has appeared in 11 episodes of Shannon’s Deal, The Stand, 18 episodes of Chicago Hope, 111 episodes of Law & Order: Criminal Intent as Captain James Deakins, 20 episodes of Trauma, 5 episodes of Smash, 17 episodes of Homeland as Vice President William Walden and more.

Jamey does not have a long dating history. He is not seen with many women in the public as well. Jamey is mostly focused mainly on his career thus is reluctant on speaking about his personal life in front of the public. Jamey is married to spouse Colette Kilroy. Kilroy is a well known actress who is best known for her roles in Me and You and Everyone We Know, The Ice storm and many more. They both are one of Hollywood strong and adorable couple who have had a long relationship without any rumored disputes, affair or divorce. Jamey and Colette have three lovely children. They do not bring their children into the limelight. The entire family is seen taking many vacations. They currently live in Los Angeles.

Jamey stands tall at the height of 6 feet and has a masculine figure which grabs the attention of many of his audience. He has a deep voice and his looks are intense.  Jamey’s net worth has not been estimated till date but it is surely in millions due to heaps of salary coming from his successful acting career. Jamey is a successful actor who is garnering success with his each obstacle. He has already won a lot of hearts through his acting but his audience wants to see more of him in the near future. The bio about the very talented Jamey Sheridan can be found in various social media sites like the Wikipedia, IMDB and twitter.