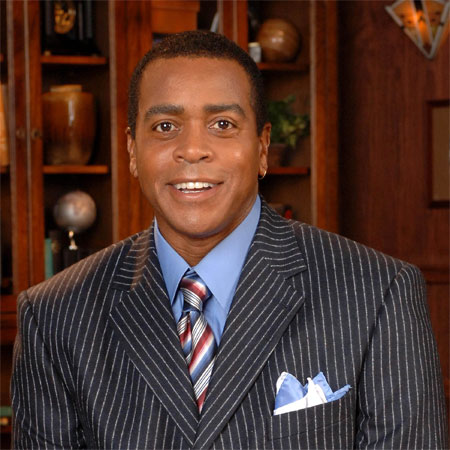 Hailed from Oregon, Ahmad Rashad was born on November 19, 1949, as Robert Earl Moore. His name Ahmad Rashad means ‘Admirable One Led to Truth’. He is also known with the name Bobby Moore.

Ahmad Rashad fancied sports since his childhood. He played football for his school at Mount Tahoma High School. After his high school graduation, he got an athletic scholarship from the University of Oregon in Eugene where he played for his University under head coach Jerry Frei. He was a member of the Omega Psi Phi fraternity and graduated with a degree in elementary education.

Ahmad Rashad started playing from the position of a wide receiver as a sophomore in 1969 and move to run back where he served as an All-American in 1971. Ahmad Rashad started playing in NFL after being picked as the fourth player in 1972 NFL Draft by the St. Louis Cardinals. He made the UPI all-rookie team in 1972. When the cardinals appointed a new head coach, Ahmad was traded to Buffalo Bills for backup quarterback Dennis Shaw in 1973. Later in 1976, Buffalo traded him to Minnesota Vikings in 1976 for a future draft pick.

Ahmad Rashad had initially failed the physical test of Vikings but still was kept on the team due to the actions of quarterback Fran Tarkenton. In his football career, he has received 495 receptions and 44 touchdowns. He was named one of the 50 greatest Vikings.

After retirement from his football career, Ahmad Rashad started working on the broadcasting media as a sportscaster covering the NFL, NBA and Major League Baseball. He is often seen as a studio anchor and game reporter for NBC Sports and ABC. He has hosted NBA Inside Stuff for 16 seasons, video-clip show Real TV in 2000, reality show Celebrity Mole, NBA Access with Ahmad Rashad on ABC Network and many others. He has made a guest appearance in several shows.

Sixty-seven years old Ahmad Rashad is reported to earn a lucrative amount of salary that is increasing his net worth day per day. According to sources, he is reported to have a net worth of $8 million. As a player of the Minnesota Vikings, he was supposed to receive $200,000.

As now he resid in $5 Million houses at Bears Club complex. He is also the owner of a house in the nearby Palm Beach Gardens which worth is $350,000.

Moving onto his personal life, Ahmad Rashad is a married man. His marital life is full of swings. He has been married five times and divorced four times. He got married to his first wife Deidre Waters in 1969 and has a daughter with her named Keva born in 1970. The same year, he became the father of a son named Sean from his affair. The name of his girlfriend is not disclosed. Due to the infidelity of him, his wife Deidre divorced him on January 26, 1970.

In 1976, Ahmad Rashad got married to Matilda Johnson with whom he has two children, a daughter named Maiyisha and a son named Ahmad Jr. The couple got divorced in 1979. After that, he married an actress Phylicia Ayers-Allen, known best for appearing on The Cosby Show. Ahmad had proposed her on the national television during the pregame show between Detroit Lions and the New York Jets. The marriage was third for both the couple. Phylicia was the mother of a son prior to marrying him. The couple gave birth to a daughter named Condola Phylea Rashad after a year of their marriage in 1986. The couple spent 16 blissful years together. However, the couple started to grow misunderstandings and issues in their relationship and ultimately, the marital relationship ended in divorce in 2001.

Ahmad Rashad married the former wife of Woody Johnson, the owner of New York Jets and heir of Johnson & Johnson, Sale Johnson, in 2007 signing the prenuptial agreements that he would get a dime if the divorce comes in between them. The sale had three children from her ex-husband. The couple got a divorce in 2013. Again in 2016, Ahmad married a thirty-five-year-old psychologist Ana Luz Rodriguez-Paz. The couple is currently living happily together.

He is also the stepfather of  Casey Johnson.