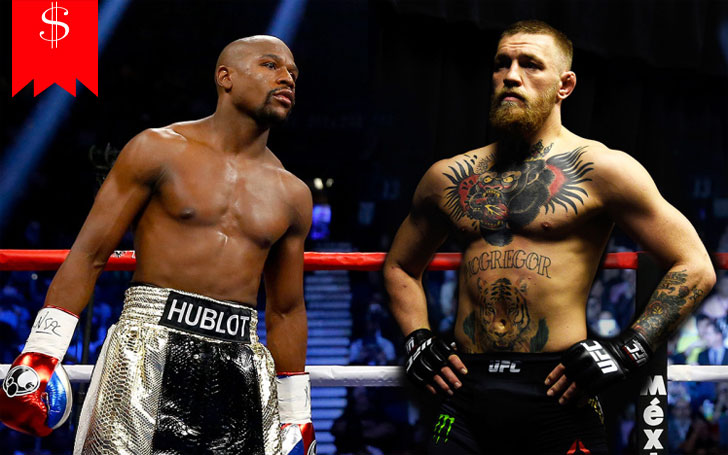 McGregor and Mayweather are going to compete on the rings soon, but how about the cash war? Who's winning?  Let's talk about the net worth of  UFC champions  Conor McGregor and Floyd Mayweather. How do these two fighters compare in wealth?

Conor McGregor's net worth is $34 million. His net worth is speculated to increase by almost double after the much-anticipated match against Mayweather. Over the span of last 12 months UFC star McGregor fought two among the three best-selling pay-per-view UFC fights; UFC 202 and UFC 205. McGregor defeated Nate Diaz at UFC 202, the fight sold 1.6 million buys whereas the three months later fight where he defeated Eddie Alvarez, UFC 205, had 1.3 million buys. These two bouts alone earned $27 million for Gregor.

Mayweather and McGregor's fight is speculated to attract 3 million or more Pay-per-view buys. If the bout changes to reality, McGregor will earn $75 million.

The Irish fighter signed new deals with Beats by Dre and Anheuser-Bush this spring. McGregor is, otherwise, not taking any new deals as he is completely focused on the Mayweather fight.

Compared to McGregor, Mayweather's net worth is a kingdom, almost. Floyd Mayweather has a net worth of $340 million. Mayweather banked $32 million from the Berto fight last 3 of the four years bringing career earnings to $700 million.

@floydmayweather at one of his mansions, somewhere in the world.

Mayweather's fight against Manny Pacquiao in May 2015 is the highest-grossing one-date sporting event to date with a whopping $600 million collection. The fight broke multiple financial records for boxing, including the highest PPV buys that crossed 4.6 million, and the fight also broke the record for highest total gate earning with a $73 million and endorsement deals of $13 million.  Mayweather earned $240 million from the fight.

Out of all the top purchases that McGregor has made over the years, his collection of shoes is obviously a ridiculous one. Conor owns luxurious footwear such as Crocodile Loafers-made up of crocodile skin. In addition to that, he recently got a pair of $750 Jimmy shoes. Over four years ago, Conor picked up a welfare check of $235. So, he has definitely come a long way!

McGregor's personal tailor reportedly said that this Irish MMA star isn’t afraid to spend money on his ever expanding suit collection. And before every media tour, McGregor usually orders at least 8 to 10 custom made suits that cost anywhere from $4000 to  $10, 000 per piece. 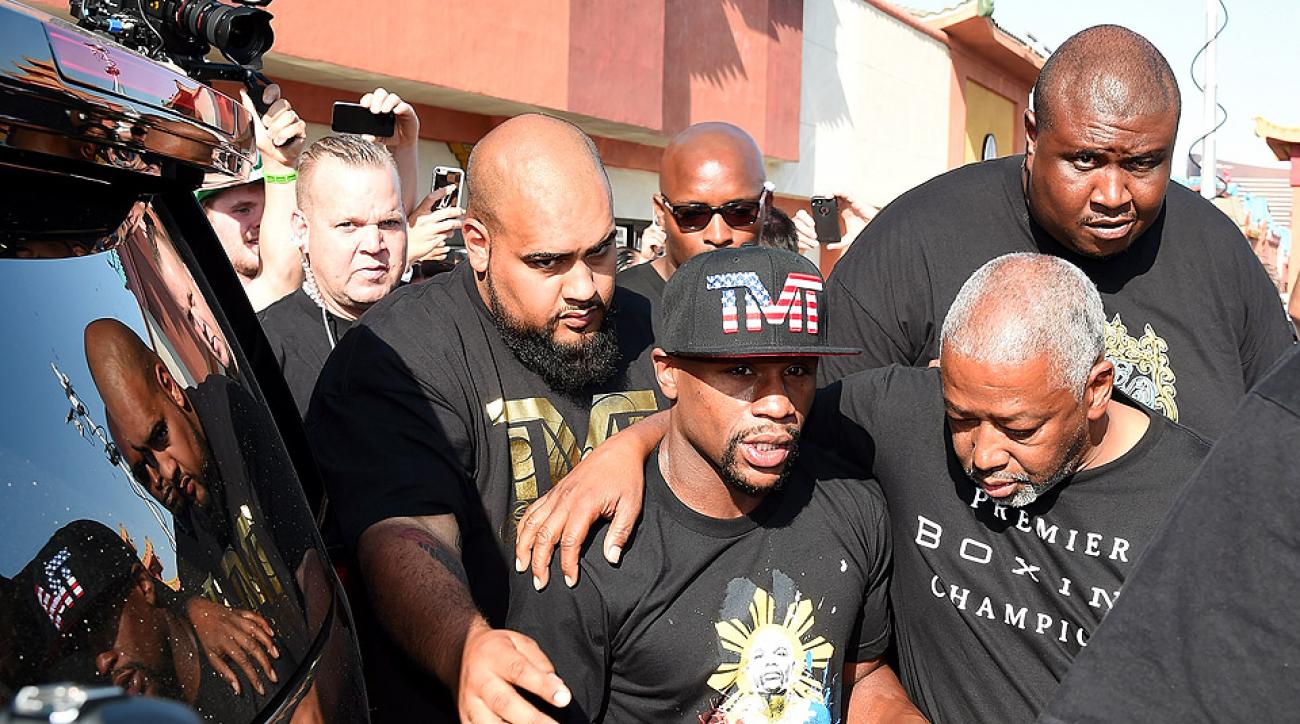 McGregor has over three bodyguards for security. He pays $300, 000 in training camp for the preparation of fight. Conor won his bout against Nate Diaz and supposedly received $3 million including $300, 000 bills paid off nicely. In a press conference leading up to UFC 205, Conor showed up in a Gucci White Mink Fur Coat that valued $20, 000.

Apart from Boxing, Mayweather owns The Money Team – a business venture which invests widely including fashion, music, sports, and entertainment. In June 2017, he trademarked TMT 50 and TBE 50,“The Money Team” and “The Best Ever” simultaneously.

McGregor has amassed a fleet of exotic and luxurious rides- he owns Rolls-Royce Phantom Drophead coupe starting worth around $400, 000 to $500, 000. His phantom consists of a 6.7litre V12 engine that puts out decent 453 HP. The interior is finished with a lot of Teak Wood and leather.

The Wraith, the drop top Dawn, and the GHOST! #RollsRoyceLove @rollsroycecarsna

Conor reportedly spends millions on magazines and visits celebrity sites to witness the lifestyles of favorite stars. With millions of dollars flowing into his bank account, thanks to his UFC success, the MMA star is chasing the trend by spending millions on housing. Let's see real estate treats Conor McGregor!

Mayweather apparently owns over 100 cars often getting same versions of the same car because he prefers multiple styles. Recently, he owns a $16 million private jet. Mayweather also owns a watch collection of $8 million.

Mayweather's car collection is a highly commendable one. He currently owes 16 lavish cars. Reportedly, Floyd keeps a fleet of all-black cars in Los Angeles Mansion and a fleet of white cars in Miami.

McGregor has purchased a $2.25 million estate in Ireland, called LadyCastle located on the grounds of the exclusive K Club in Kildare, Ireland. McGregor spends a lot of time away from Ireland. It is reported that he spends over ten thousands of dollars every month; renting out everything from Las Vegas mansion to a summer vacation home. Unlike Floyd Mayweather, McGregor has to rent a private jet when he is traveling around, he doesn't have his own yet. After hanging out with Real Madrid star Christiano Ronaldo, McGregor might have felt some pressure to get his own jet after his next payday.  Christiano has his own $19 million Gulfstream jet.

Mayweather has a luxurious and chic Las Vegas villa worth $15 million.His Las Vegas villa includes Swimming Pool, Jacuzzi, Home Cinema, and Sports Room. He parks 8 of his luxury cars in Las Vegas which are all black. In addition, Floyd owns a  $7.7 million house in Miami. Mayweather showcases how much money he has and loves spending them in high stake gambling.

Conor McGregor loves wearing high-priced watches, however, he is not the one to wear any old time piece. Either Hublot, Rolex, or Breguet, he always has at least $20,000 on his wrist. One of the most expensive watches in his collection, McGregor’s Patek Philippe Nautilus retails for a whopping $62, 000.

McGregor's personal watch collection is worth at least several $100, 000. To go with his high-end watches, McGregor drives a Lamborghini Aventador- which cost the whopping $500, 000 these days.