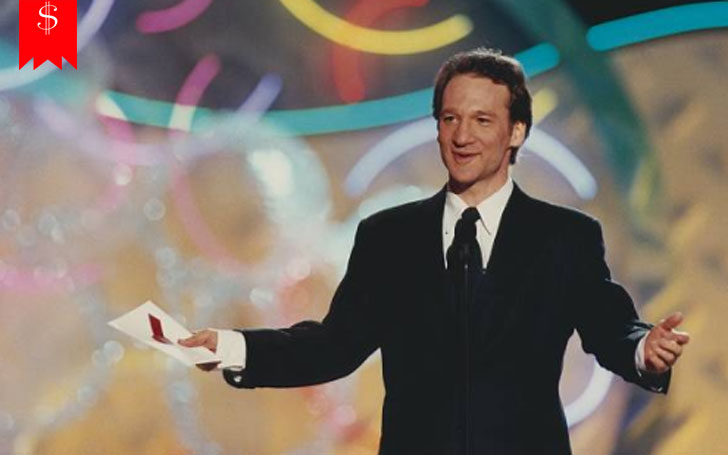 It's literally a difficult task to make someone laugh, but not for Bill Maher, an American comedian, and TV host best known for the talk show Real Time with Bill Maher.

He has made people laugh with his sarcastic attitude, political satire, and sociopolitical commentary. Not only that but along with making his audience burst into laughter he also collected huge net worth as well. For details about his fortune, follow the path ahead.

How Much Is The Net Worth of Bill Maher? What is His Salary?

Bill Maher, 62, has established himself as one of the successful comic stars. He has collected huge fan followers testing the boundaries of political comedy with his irreverent humor. He is considered one of the highest paid comedians in the World. 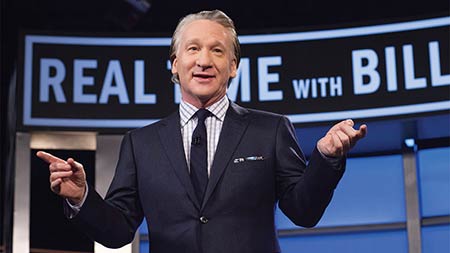 He gained wide recognition with his first hit show Politically Incorrect aired on Comedy Central in 1993.

As of 2018, he has an estimated net worth of $100 million as stated by Celebrity Net Worth. His annual salary is $10 million. But The Richest claims his net worth is only $30 million as of August 2018.

He also makes his money from the sales revenue of his books. He is a successful author; he has published numerous books to date. His books are available on Amazon and the average price of each book is $14.99 for all edition; Kindle, audiobook, and a hardcover.

He also has a minority stake in the New York Mets Baseball. He bought the 4% share ownership of the club in 2012 for $20 million. Now, Mets are worth around $2 billion, which means a full 4% stake would be worth $80 million.

The stand-up comedian, TV host, and actor currently resides in Beverly Hills, California. The house was previously owned by Drew Barrymore and Ben Affleck. In addition, 'The Partridge Family' and 'L.A. Law' actress Susan Dey also lived there before.

Billy is often spotted in his black Ferrari California, priced around $231K. 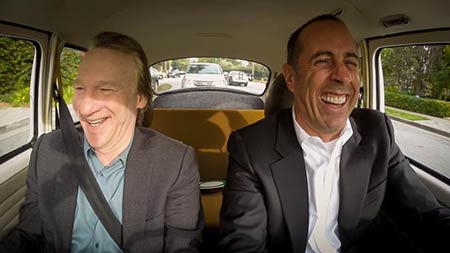 CAPTION: Comedian Bill Maher with his friends on his car SOURCE: Pinterest

During an interview with Hollywood Reporter, he said that he doesn't collect arts or cars.

Bill was ranked at 38th on Comedy Central's 100 greatest stand-up comedians of all time. He grabbed a Hollywood Walk of Fame star on 14 September 2014.

Bill Maher started his career as a comedian and actor. He worked as a host of the New York City comedy club Catch a Rising Star in 1979. He started appearing on Johnny Carson's and David Letterman's shows in 1982.

The Politically Incorrect host won a series of awards including an Emmy Award for Outstanding Technical Direction and two CableACE awards in the category of Best Talk Show Series.

In addition to it, he also won a Genesis Award for Best Television Talk Show. He also received many award nominations including 10 Emmy, two TV Guide, two Writers Guild for Politically Incorrect with Bill Maher. He was on the board of judges for the PEN/Newman's Own First Amendment Award in 2002.

Later, he became the host, co-producer, and co-writer of Real Time which gained worldwide praise. He was nominated for more than 10 Primetime Emmy Awards, 6 Writer's Guild Awards.

He holds a record of the most Emmy nominations without a win; eleven of the nominations for Politically Incorrect and nine for Real Time.

Bill is a huge supporter of gay marriage. He's invested hundreds of dollars in veterans, environmental causes and animal charities like the Humane Society and PETA.

Bill has supported the following charities listed below: