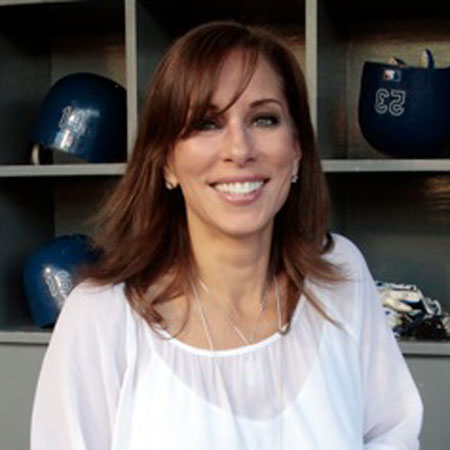 Colleen Dominguez is one of the popular sportscasters in America. Sayre-native sports personality has worked for numerous news and sports media houses.

She began her career as a reporter for the Fox News magazine, Front Page in 1992. Then she worked for NBC News for a year and moved to another news channel in Los Angeles.

She returned to NBC News and became a correspondent for the network. From 2004-14, she worked for the ESPN network. She works at NBA TV as of June 2018. She is a single mother of her two young aged children.

Colleen Dominguez was born on December 31, 1969, in Sayre, Pennsylvania, USA. She was born and raised in the Sayre, Pennsylvania. She developed a pa s sion for media and journalism while growing up and enrolled journalism degree after completing high school. She is of American nationality and her ethnicity is Latino. her religion is a Christian.

Dominguez studied at California State University at Los Angeles and she graduated with bachelors in arts degree in liberal studies.

Dominguez’s personal life details are unknown. Till now, her father and mother name could not be found from any source. Her further details about her childhood and personal life are not available as she keeps her life a secret from media.

After graduating from the University, she kicked off her journalism career. From 1992- 1994, Dominguez she worked at the Fox News magazine, Front Page.

She then joined NBC network and became the reporter of the network in 1994. She spent one-year producing news shows. She became a reporter at KTLA-TV in Los Angeles in 1995. After one year, she returned to NBC News.

Dominguez then was a correspondent for NBC Network News, reporting for several shows including The Today Show, Nightly News, and MSNBC from 1996-2003. In 2004, she joined the sports channel ESPN and became a reporter for the network.

During her tenure with ESPN, she appeared on multiple programs including SportsCenter, Outside the Lines and Outside the Lines Nightly. After working for almost one decade, she moved to Fox Sports in March 2014.

But, she became unhappy with her position there and later filed a gender and age discrimination lawsuit against the network. The court settled the case in January 2017. As of June 2018, she works for NBA TV and covers numerous NBA events.

Dominguez's net worth is to be in six figures but the actual amount is still under review. She is one of the most famous sportscasters of USA.

According to a source, NBA sports reporter earns an annual average salary is $79,050. So, her salary is above than the average range as she is one of the experienced reporters of the country.

Colleen Dominguez's is a single mother. She has two young aged children. Her first child, a son Peter turned 22 in 2018 and her daughter Anna turned 20. Some sources claim that she is a divorced woman.

She once married to the father of her children and divorced him after several years of marriage. But, she has never mentioned about her married, husband and divorce. In August 2017, in an interview with Los Angeles Daily News and said,

I think I multitask well; most single moms do.

She loves her children very much and they also adore her. She spends her leisure time with them. The family of three travels to the different places during their vacation and holidays.

She frequently shares about her children's life via her Twitter. On 6th February 2017, she posted a photo of her and her daughter to wish her birthday message.

She has been a successful sportscaster as she has done a lot of progress in her life. She has received a lot of love from the entire sports fan who watch her show. Although she hasn’t received any awards for her skills and performance she has received much fame in the field of journalist and sportscaster.