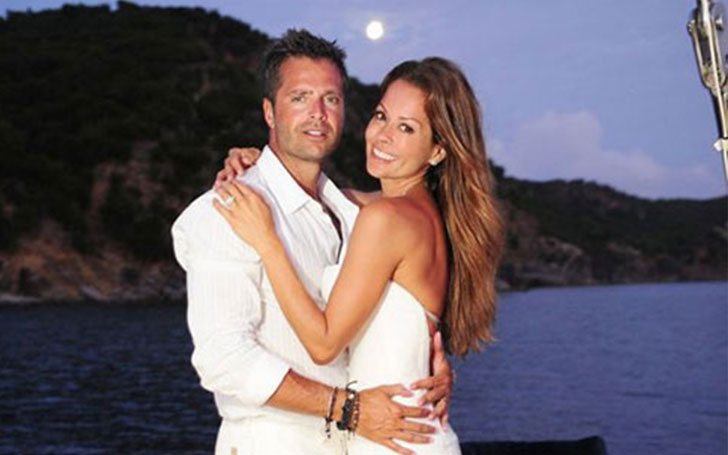 CNN anchor Brooke Baldwin is ready for the wedding bells. Baldwin who covered President Trump's inauguration from Washington DC on January 20, 2017, for CNN is a prominent media personality. She has impressed millions of hearts with her outstanding presentation skills.

Baldwin has decided to settle down with her long-term partner James Fletcher in July 2017. It is reported that the couple got engaged while celebrating her 38th birthday in Kauai in Hawaii. We have all the details about Baldwin and her fiance James Fletcher.

Reportedly, CNN anchor Brooke Baldwin got engaged to her boyfriend James Fletcher in July 2017. According to a source, the couple got engaged when they were enjoying their holidays. The source revealed that the British producer proposed his girlfriend on her 38th birthday in Kauai in Hawaii.

The super excited Brooke Baldwin took to Instagram to share her happiness with her all fans and friends. On her Instagram post on 18 July, she shared a selfie of herself with her new fiance and she captioned the picture:

"Back from vacation. Turns out we went to Hawaii to celebrate more than just my birthday... @jamesfletchernyc asked me to marry him! And I said YES! "

In an interview in July,  Baldwin shared her excitement:

“We were chilling on the beach. We love sunsets. It was simple. I didn’t want a big thing.”

“He did well. All I wanted on my birthday was to be on a surfboard. I got a little bit more than that.”

The pair first met back in 2015 and currently, they share a healthy relationship. The proof of their strong bond is all over their social media. Baldwin and Fletcher are all about their romantic dates and vacations on Instagram. It's super cute!

CNN news presenter Brooke Baldwin finally married her fiancé James Fletcher in May 2018. The couple married on May 6 in front of their close family and friends at the Barn at Liberty Farms, Hudson Valley North of New York.

Their wedding was attended by many of Baldwin’s CNN colleagues including Poppy Harlow, Dana Bash, Wolf Blitzer, and Don Lemon. On her wedding day, she wore a white wedding gown with a beautiful earring. The couple now spending their quality time together and living happily.

Some online source claimed that Brooke Baldwin was married to Jay David who is a veterinarian in 2010. However, Baldwin had never come open and talked about the relationship with David. Many of her fans thought she was married. 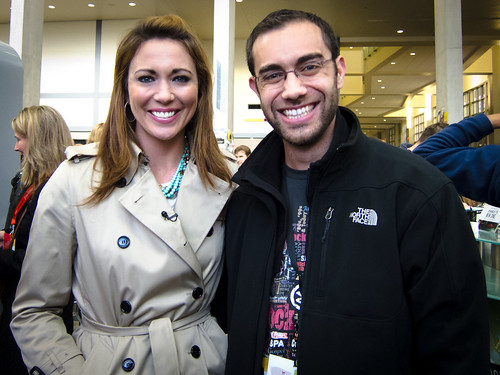 But in an interview with radiotvtalk.blog.ajc.com, the journalist made clear that she is not married to the veterinarian. In fact, her marriage to her current fiance, James Fletcher is going to her first marriage ever.

Brooke was also romantically linked to David Charvet. On her Instagram post on 15 May 2016, she shared a picture of David Charvet and herself and she captioned the picture:

Fuel was added to the rumor after the picture was posted on her Instagram. Many of their fans mentioned them as  " hot couple" on their comments. However, none of them confirmed their relationship.

Baldwin is also a proud mother of a child. She announced her pregnancy through her tweet in October where she posted a sonograph of her unborn baby and mentioned that she is single.

You May Be Interested, Clay Travis on ‘My Balls are Bigger than Yours’ Statement by CNN’s Brooke Baldwin

As of now, Baldwin is sharing the wonderful married life with her husband James Fletcher.