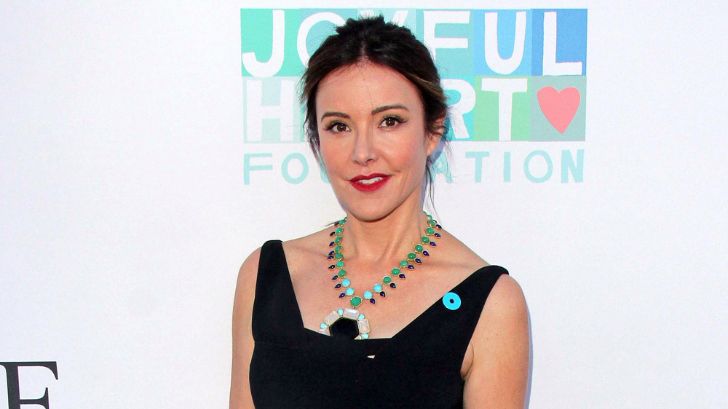 Christa Miller, an American actress, and model got a breakthrough in television comedy after her appearance in The Drew Carey Show (1995- 2002). Professional since 1985, Miller's acting prominence got further acclaim after working in Scrubs (2001-2010) and Cougar Town (2009- 2015), both created by her screenwriter husband Bill Lawrence.

Throughout her career journey of over 3 decades, Miller records 24 acting credits; majorly worked on TV screens. So far, the Manhattan-born actress has appeared in only 8 movies with notable roles in Kiss & Tell (1997), Smiling Fish and Goat on Fire (1998), and Breaking In (2018).

Was Model As a Child- Birth Date & Parents

Miller was born Christa Beatrice Miller on May 28, 1964, in Manhattan New York, the USA. Her father Chuck Miller was an aeronautical engineer, while mother Bonnie Trompeter worked as a fashion model during the 1960s.

Along with her sister Leona, and brother John, she attended Roman Catholic all-girls school Convent of the Sacred Heart. With the influence of her mother, Christa, by the 6 months old was appearing in commercials of Wonder Bread. In 1967, then-3 years old Christa Miller posed for an Ivory soap advertisement and a cover of Redbook.

However, for the benign bone tumor operation, she left out her days as a child model.

Having earned the TV debut through Kate & Allie (1985), Christa moved to Los Angeles, California, in 1990 and took acting classes. Following brief appearances in Seinfeld (1993), The Fresh Prince of Bel-Air (1994), and Party of Five (1994), Miller earned her breakthrough role in as Kate O'Brien in The Drew Carey Show in 1995. She starred 183 episodes of the TV sitcom until 2002, alongside Drew Carey, Diedrich Bader, and Ryan Stiles.

From 2001 to 2010, the American actress appeared in a recurring role in Scrubs, starring Zach Braff, Sarah Chalke, and Donald Faison.

After appearing in an episode of Whiskey Cavalier (2019), the American actress is yet to make any further acting update.

Christa Miller enjoys a marital relationship of over 2 decades with her husband Bill Lawrence. The duo married in 1999 and shares 3 children together. At the age of 36, Miller welcomed her first child, daughter Charlotte Sarah on June 8, 2000. Later, she welcomed 2 sons: William Stoddard Lawrence (January 3, 2003) and Henry Vanduzer Lawrence (October 8, 2006). 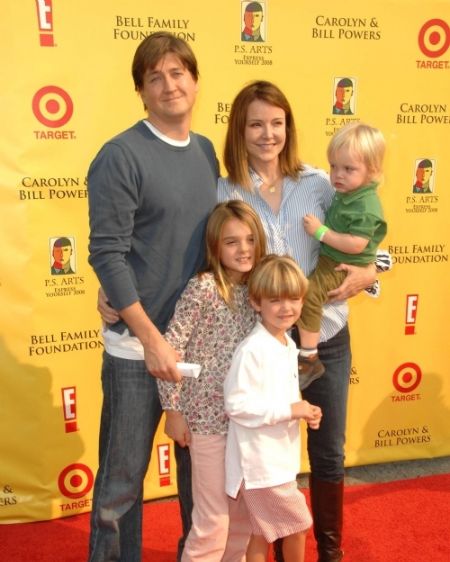 She often shares posts of her adorable family moments on her Instagram (@christabmiller) and Twitter (@@ChristaBMiller), where her followers count 117K and 119.6K respectively.

As per IMDB, the Cougar Town actress was formerly in a relationship with Grant Shaud, before meeting Lawrence. Throughout her career journey. Christa has been in on-screen matchups with Ian Gomez in Cougar Town (2009), John C. McGinley in Scrubs (2001), and Drew Carey in The Drew Carey Show (1995).

How Much Is Christa Miller's Net Worth?

Miller mostly earns through her acting career; she appeared in notable roles in The Drew Carey Show and Cougar Town. Reportedly, she pulled in the salary of hundreds of thousand dollars per year. According to Celebrity Net Worth, Christa Miller has a combined net worth of $200 million with her husband Bill in September 2020.

Currently, Christa lives with her husband and children in New York, after the couple 2,700 square-foot apartment in April 2018. They paid $7.55 million for 3 bedrooms & 3.5 bathrooms property, below its asking price of $7.75 million.

In 2017, they made a huge profit of $17 million on the sales of their Malibu cliff in the Point Dume area, after snagging off at $21 million. Miller and Lawrence had bought the 6 bedrooms and 6 bathrooms house in 2003 for $4.5 million. 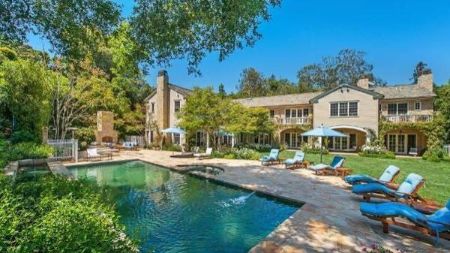 In 2007, Christa along with her spouse bought a 6-bedroom house in Brentwood, Los Angeles, for $12.6 million.  The couple still owns the property  & had tried to load off the property multiple attempts. Most recently, they put mansion was in the market in 2013 for a huge loss, asking $10.995 million but didn't find a buyer.