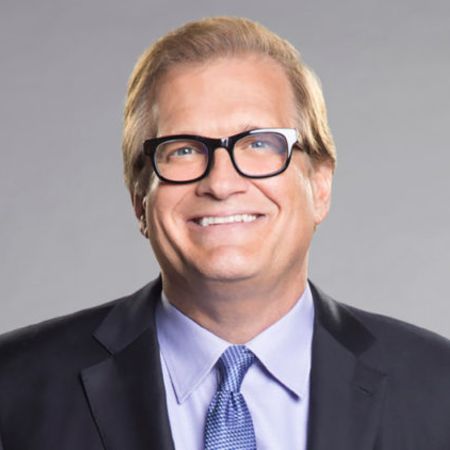 Drew Carey is an American actor, comedian, voice actor, and game show host. He came to limelight after appearing on television series, The Drew Carey Show. His work as a host for the improv comedy show Whose Line Is It Anyway? also gained a wide range of fame. Moreover, Carey has appeared in a number of films and television series such as The Big Tease, NCIS, and Bill Nye Saves the World.

Father Died of a Heart Attack

Drew Carey was born on May 23, 1958, in Cleveland, Ohio, the United States. He holds an American nationality and belongs to white ethnicity. His zodiac sign is Gemini.

Carey was born to mother Beulah Carey and father Lewis Carey. He was raised in the Old Brooklyn along with his two brothers, Neil Carey and Roger Carey. Drew's father died due to a heart attack when he was just eight.

Drew Carey attended James Ford Rhodes High School, where he played the cornet and trumpet as well. Carey graduated from his primary school level in 1975 and continued his study joining the Kent State University.

Due to his poor academic performance, Drew was expelled twice from KSU. He dropped KSU after three years. He joined the United States Marine Corps Reserve in 1980.

Started Career As a Stand-Up Comedian

Drew Carey started his stand-up career writing jokes in 1985 and he won open mic contest that same year. He also became a Master of Ceremonies at the Cleveland Comedy Club.

The next year, he started performing at the comedy club in Cleveland and Los Angeles. In 1988, he became widely popular as a comedian after he competed in Star Search, a television comedy show. 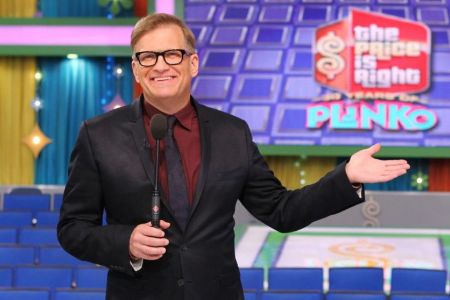 In 1991, Carey appeared as a stand-up and interviewer in The Tonight Show Starring Johnny Carson. From 1995 to 2004, he worked as a writer and executive producer on his own sitcom The Drew Carey Show.

He currently hosts CBS family show The Price Is Right which he joined in 2007. Likewise, he has made guest appearances in television series like NCIS, American Housewife, and Bill Nye Saves the World.

Whopping Net Worth Of $165 Million

The 61-year-old, Drew Carey holds an estimated net worth of $165 million as of February 2020. He gathered a handsome sum of wealth from his professional acting career.

Carey has appeared in several hit movies so far. Some of them are listed below:

Drew alone earned $45 million in 1998 from his various endeavors, becoming one of the highest-paid entertainers in the world.

He was making $750 thousand per episode from his sitcom The Drew Carey Show. He now earns $12.5 million per annum for hosting The Price is Right show.

Furthermore, Carey has owned a fancy Porsche car whose market value ranges from $60,000 to $85,000. He also has a luxurious house in Los Angeles, California.

Previously in a Relationship With Nicole Jaracz

Drew Carey is not married yet. But, the actor was previously in a romantic relationship with Nicole Jaracz, with who he shares a son Connor, for five years.

The couple had a good time appearing on The Price Is Right together. Carey proposed to Nicole in 2007 but their relationship didn't last long and they called it quits.

After the split with Nicole Jaracz, Carey started dating the therapist, Amie Harwick. The pair got engaged in January 2018 but sadly the two split that same year. 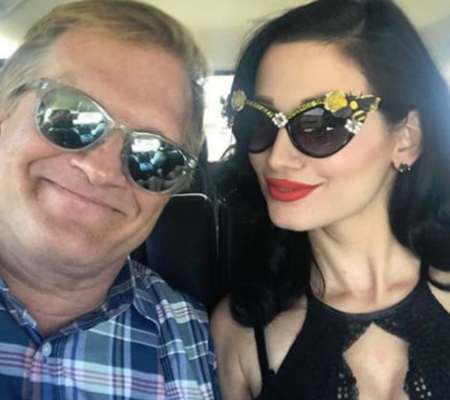 In February 2020, his ex-fiancee, Harwick found dead in a Hollywood Hills after which her ex-boyfriend, Gareth Pursehouse was arrested on suspicion of her murder.

In August 2001, while filming The Drew Carey Show, he suffered chest pains after which he was rushed to hospital where he underwent coronary angioplasty.