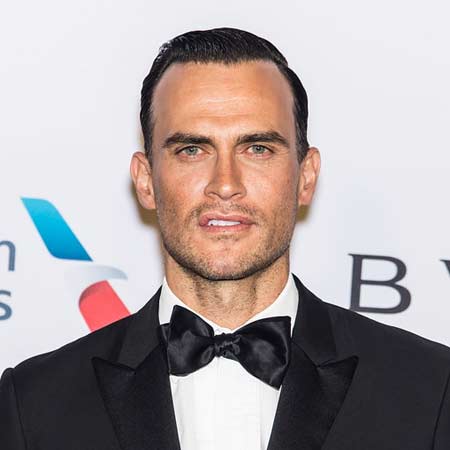 The Broadway star Cheyenne Jackson is not only blessed with versatile acting skills but also has a soulful and unique voice. He first came to limelight after his work in several theatrical plays like All Shook Up and Xanadu. For his incredible performance in Shook Up, he also won Theatre World Award, in 2005. He gained tremendous popularity after he landed his breakout roles in television series such as NBC's 30 Rock and Fox's Glee. He has been playing in the FX Horror anthology television series, American Horror Story, since 2015. After Jackson received a lot of fame through his concert Music of the Mad Men Era, he went on to release his album Renaissance, in 2016.

Cheyenne Jackson was born Cheyenne David Jackson on July 12, 1975, in Spokane, Washington, United States. He is the son of David Jackson and Sherri Jackson. He was raised up in Oldtown, Idaho which is known as one of the remote areas in northern Idaho near the Washington border.  He has three siblings including a sister and two brothers. He belongs to American nationality and regarding his ethnicity/race, he is White American.

Jackson's mother played the main role behind his tremendous success as she tutored him at home to sing and regularly played music by Joan Baez, Bob Dylan, Joni Mitchell, and Elvis Presley. He initially started working as an ad executive at a magazine and side by side did some theatre work as well as earned his Equity card.

Cheyenne Jackson landed his first professional theatrical role as Tony in West Side Story followed by The Most Happy Fella, Children of Eden, Hair, Carousel, and The Rocky Horror Show among many other productions. His first Broadway performance came on April 18, 2002,  after he featured in the Tony Award-winning musical Thoroughly Modern Millie.

Jackson's lead role as Chad in the musical All Shook Up brought him strong reviews and much critical praise.  For his lead role, he also won the Theatre World Award and was nominated for Drama League and Critics Circle Awards under the category Outstanding Lead Actor.  Alongside Jim Norton and Kate Baldwin, Jackson reprised the character Woody Mahoney in the Broadway revival of the 1947 musical Finian's Rainbow.

Cheyenne Jackson opened doors in the Hollywood Industry in 2006 after he played a significant role in the biographical drama-thriller movie United 93. For his incredible performance in the movie, he won Boston Society of Film Critics 2006 award for Best Ensemble Cast.

Jackson subsequently featured in Curiosity, Hysteria, Smile, The Green, and Price Check. In 2014, the actor played a major role in the film version of Six Dance Lessons in Six Weeks. On the award-winning series, 30 Rock, he played the recurring character Danny Baker from 2009 to 2013. Additionally, he made an appearance in Lipstick Jungle, Life on Mars, and Ugly Betty.

Sharing the screen alongside Lady Gaga and Matt Bomer, Jackson featured as one of the lead characters in the fifth season of the horror television series American Horror Story.

In addition to acting, Cheyenne Jackson also had a fair share in the field of music. He began working as a backup singer for Vanessa Williams and Heather Headley during his early music career. In collaboration with the American singer and pianist Michael Feinstein, they formed a well-received nightclub act titled The Power of Two. He was the guest performer of Cheyenne Jackson's Cocktail Hour: Music of the Mad Men Era at Carnegie Hall on November 18, 2011.

The following year, Jackson reprised the concert Music of the Mad Men Era at The Kennedy Center which was witnessed by 96 members, including his special musical guest, Tony recipient Nina Arianda. The critics reviewed his concert as stunning, surprising, and a cool way to start 2013. He released his single under the title Drive, on 10 May 2012.

On June 3, 2016, Jackson released his album titled Renaissance which adapted and expanded from his solo concert Music of the Mad Men Era.

Cheyenne Jackson supports LGBT rights. He also serves as an international amba s sador for The Foundation for AIDS Research as well as a national amba s sador and spokesperson for a non-profit organization Hetrick-Martin Institute devoted to serving the needs of LGBT youth.

Cheyenne Jackson has gained a lot of fame and earned a tremendous amount of money through his versatility in both acting and singing. His estimated net worth is around $5 million, according to Celebrity net worth.

The American Horror Story's star Cheyenne Jackson along with his husband Jason Landau bought their Hollywood Hills home for $2.088 million in late 2017. The ranch-style single-level home was built in 1952 which has a 1,770-square-foot living space including three-bedroom and two-bathroom.

In 2006, Jackson landed his iconic role in the biographical drama-horror movie United 93, which turned out to be commercially profitable as it grossed $31.4 million in the United States and $76.3 million worldwide against its producing cost $15 million. He owns Audi Q7, price ranges from $47,725-$51,725.

Cheyenne Jackson is openly gay and married twice. He was first married to physicist Monte Lapka in 2011. The power couple started dating in 2000 and the two tied the knot in a beach ceremony in the Hamptons, New York, on September 3, 2011. The duo did not share any child but they owned a pet dog together called Zora.

Despite their long relationship, the couple did not last long and filed for divorce in September 2013. After their divorce was finalized in late 2013, the 30 Rock and Glee actor Jackson started dating entrepreneur Jason Landau in October 2013. The actor first met his future husband in a rehab where Landau was for alcohol addiction.

The couple got engaged in February 2014. They exchanged vows on 13 September 2014, in an interfaith ceremony which was organized at a friend’s estate in Encino, California and attended by 200 guests. The Hollywood couple welcomed twins, daughter Willow and son Ethan via surrogate, on October 7, 2016.

Here is Jackson talking about his role in American Horror Story.