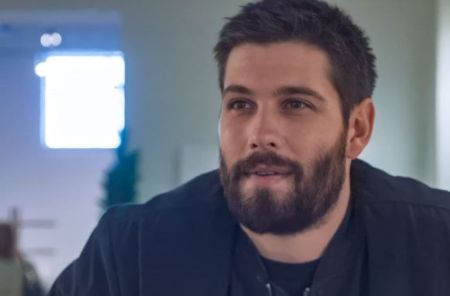 California-born Casey Deidrick is an American actor and singer who turned professional since 2009. He is most recognized for his roles in Eye Candy, Teen Wolf, Into the Dark, and In the Dark.

Casey Deidrick was born on April 25, 1987, in Santa Clara, California, under the zodiac sign Taurus. Currently, he is 34 years old and he stands at the height of 6 feet 5-inch or 196 cm tall.

His parents are Barry Jon Deidrick (an IBEW 332 Union electrician) and Denise Deck (a nurse). When he was 3 years old, his parents got divorced. Later, at the age of 7, he started living with his father in Hollister, California, after his mother moved to Arizona.California-native has altogether four younger half-siblings. They are: Amy and Jake (father side) and Micayla and Nikole (mother side).

Talking about his education, Casey moved to Highlands Ranch, Colorado with his mom after his firts year in high school. He attened Metropolitan State College and later, he dropped out after studying theater and psychology only for a year.

In the United States, an average salary of actors is around $40,860 per year. Besides his acting career, he also receives an impressive sum via his social media promoting various brands and products.

According to Influencer Marketing Hub, Casey earns around $798 - $1,330 per sponsor post through Instagram with an engagement rate of 11.47%.

Deidrick took up skateboarding during his high school days. He continued skateboarding which was eventually sponsored. After competing in the Vans World Amateur Competition, he was featured for Transworld Skateboarding photo-spread.

Talking about the 34 year old's first acting experience was when he was in high school. At that time he along with his friend auditioned for the school's production of Carousel with a rock song and attended the AMTC. He made his debut with the television series 90210 in 2009. 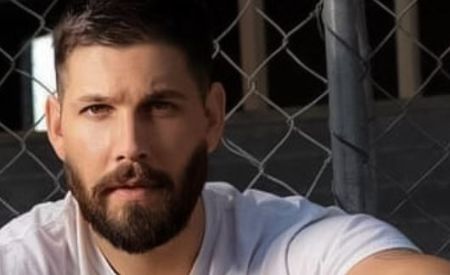 CAPTION: In the Dark star Deidrick is worth $800,000 SOURCE: Instagram @caseydeidrick

After that, Casey appeared in Wizards of Waverly Place, I Am Not a Hipster, Glee, Revolution, Days of Our Lives, and Running Up That Hill. He eventually came into the limelight as Tommy Calligan on MTV thriller series Eye Candy (2015) alongside Victoria Justice, Harvey Guillén, and Kiersey Clemons.

Furthermore, his acting credits include American Satan, Dog Days, Painter, Tentacles, A Midsummer's Nightmare, Teen Wolf, Driven, Now Apocalypse, Into the Dark, and A Very Merry Bridesmaid. Between 2019 to 2021, he portrayed the role of Max Parish on The CW series In the Dark starring Perry Mattfeld, Rich Sommer, Thamela Mpumlwana, Kathleen York, and Matt Murray.

Talking about Casey's relationship status, he is currently in a relationship. He has been dating Jahan Yousaf. As per reports, the couple started their relatonship in Jan 2013 and since then they are living their life blissfully.

Prior to Yousaf, Deidrick was in a couple of relationships. He had an affair with Kate Mansi in 2012 and Molly Burnett from 2009 to 2010.