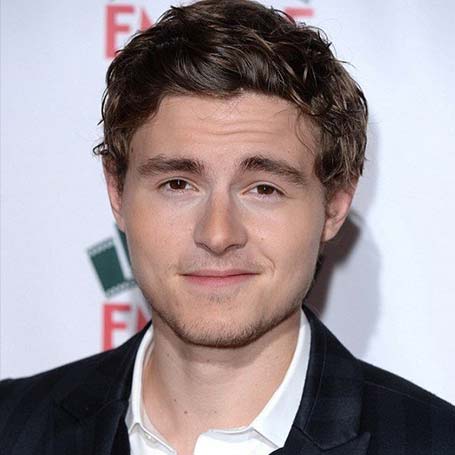 Famously known for portraying the role of Bryce Loski in Flipped, Callan McAuliffe is a well-known Australian actor. He also received critical acclamation for his role as young Jay Gatsby in the 2013 film, The Great Gatsby. Moreover, since 2017, he is associated with AMC popular series, The Walking Dead.

Callan McAuliffe was born Callan Ryan Claude McAuliffe on 24 January 1995 in Sydney, New South Wales, Australia. He is the only son of Claudia Keech and Roger McAuliffe who is author and journalist. Moreover, his two grandparents were Irish.

Callan McAuliffe started his acting career at the tender age of 8 in Australian TV series Comedy Inc. and Blue Water High. Later, he featured in few series and movies before making his Hollywood debut in 2009 in Flipped.

The following year, the actor was cast in a lead role in the sci-fi film, I Am Number Four, starring Dianna Agron, Timothy Olyphant, Jake Abel, and others. In 2013, he gained massive popularity after portraying the role of young Jay Gatsby in 2013 film, The Great Gatsby. Some of his notable screen credit includes Paradise Lost, Underground: The Julian Assange Story, The Legend of Ben Hell and others.

Callan McAuliffe's Net Worth And Earning

Callan McAuliffe holds a net worth of $2 million which he accumulated from his acting career. The average salary of an Australian actor is AU $30 per hour, but he might earn more than the average figure.

Additionally, McAuliffe makes $80 thousand-$100 thousand from his American series and movies in an average. In 2013, he featured in 2013 romantic drama film, The Great Gatsby along with Leonardo DiCaprio, Tobey Maguire, Carey Mulligan. The movie collected $353.6 million at the box-office against the budge of $105-$190 million.

Callan McAuliffe is in a romantic relationship with his longtime girlfriend, Kristina Reyes for a long time. The duo is quite open up about their dating life and often shares cute pictures on their respective social media.

Previously, McAuliffe dated Modern Family star Ariel Winter for a short time, until their break up in 2011. He was also rumored to have a romantic affair with British actress, Charlotte Wilson but no official confirmation has come out.

Trivia-He is not fond of his accent. In one of his interviews, he said:

"I didn't really like my Sydney accent - nobody likes the sound of their own voice - and when I was a little younger tried to change my accent gradually. But I've only ever really lived in Sydney and Los Angeles, so I haven't been influenced by the accents of some far-off land."

A short interview of Callan McAuliffe