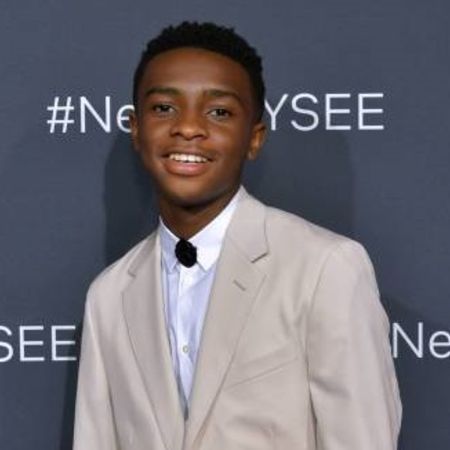 Caleel Harris is a famous American child actor and voice actor, known for his role as Duke in Think Like a Man and Think Like A Man Too. He gained fame from Stephen King's novel based series Castle Rock. He also gave voice in animation series Blaze and the Monster Machines and  The Loud House. He won the Behind the voice actors Awards for the Best Vocal Ensemble in a New television series in 2017 for giving voice in The Loud House and AAFCA TV Honors for Best Ensemble for series When They See Us.

Caleel Harris was born in 2003 and celebrates his birthday on 19th April. He was born in Los Angeles, California, United States. Caleel belongs to Afro-American ethnicity and holds an American nationality. 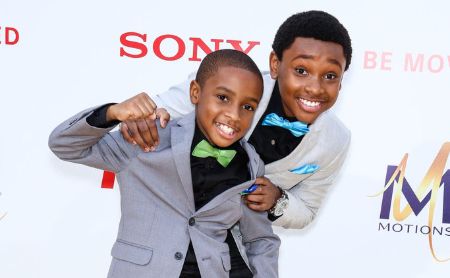 He grew up with elder sibling-brother Curtis Harris in his home town in California. His elder brother also worked as an actor in the television and movie entertainment industry.

Harris gave his voice as Aj in animated series Blaze and the Monster Machines with 41 episodes from 2015 to 2018. He got his other role in animated series The Loud House from 2016to 2018. In 2018, he appeared in television series Castle Rocka and featured film Goosebumps 2: Haunted Halloween. 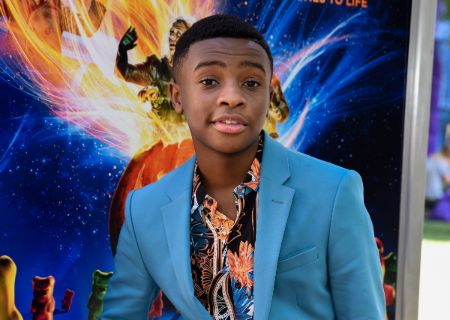 Caleel Harris on the premiere of Goosebump 2 SOURCE: Getty Image

The actor appeared in television mini-series When They See Us in 2019. From his series, he won AAFCA TV Honors and shared with Asante Blackk, Vera Farmiga, and Felicity Huffman.

Collected Huge Net Worth From His Career

Caleel Harris has been working as a child artist in various films and television series. From his career has an estimated net worth $1 million.

The average salary of a voice artist is around $45,000 per year, and he also earned somewhere near that amount. The American actor received from $63,660, and he made around that amount.

He also appeared in many commercial hit movies. Here are some of his films with an initial budget and box-office collection:

Just In His Teenage Life

Caleel has been working as an actor for many years. He has many fans who follow him on his social sites like Instagram, Facebook, and Twitter. He has kept his fan up to date with his picture, letting them know what he is doing.