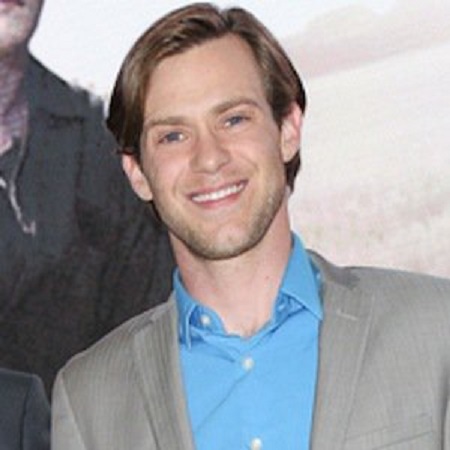 Bug Hall is a Hollywood star and former child actor best known for playing the role of Alfalfa in the romance comedy film, The Little Rascals. His has also appeared in the Disney teen mystery film Get a Clue alongside Lindsay Lohan. He has been married to his wife Jill Marie DeGroff since 2017.

Bug Hall was born as Brandon "Bug" Hall on February 4, 1985, in Fort Worth, Texas, the United States of America. Names of the parents of the Littler Rascals are not available.

He was raised along with his two siblings; a brother, Gemini Barnett, and a sister, Star Hall. He is the second-oldest child in his family.

He spent the first eight years growing up in Fort Worth, Texas. He is of American nationality and belongs to white ethnicity. His height is 6 feet 2 inches and weight is 84 KG.

Bug Hall made his film debut at the age of nine; he played the role of an Our Gang kid, Alfalfa, in the 1994 romance comedy film, The Little Rascals.

He and five others cast members of The Little Rascals received Young Artist Awards for Best Performance by a Youth Ensemble in a Motion Picture.

In 1996, he was nominated for a YoungStar Award for his performance as Eddie Munster in the Fox comedy telefilm, The Munsters' Scary Little Christmas. In the following year, he provided his voice in the Disney animated fantasy comedy film, Hercules.

His other film credits include American Pie - The Book of Love, Honey, We Shrunk Ourselves, Skipped Parts, The Day The Earth Stopped, Arachnoquake, The Shadow People and many more.

Being a successful Hollywood star, Bug Hall earns a huge amount of money from the entertainment industry. According to the Celebrity Net Worth website, Hall has an estimated net worth of $250 thousand.

Both his annual salary is still under review. However, according to the PayScale website, a Hollywood actor earns $50 per hour and $95,000 per year on average.

Moving towards the personal life of Bug Hall, the Little Rascals star is a married man. He has been married to Jill Marie DeGroff.

Hall tied the knot with his loving girlfriend in a beautiful church wedding in Encino, California on February 11, 2017. The actor took to Instagram on February 14, 2017, to announce his wedding to Jill.

The husband-wife duo shares two children; daughters Josephina and Therese together. Hall was also previously married to Porchia Stewart in 2012.