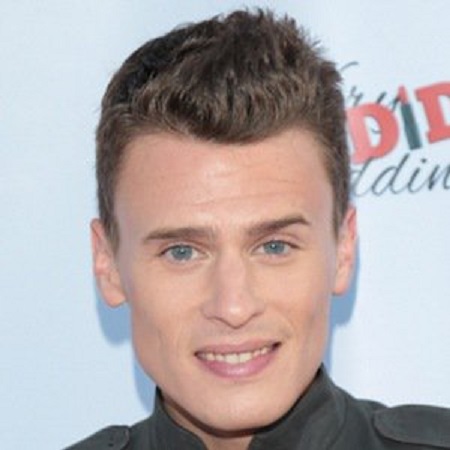 Blake McIver Ewing is an American actor best known for playing the role of Waldo in the comedy romance film, The Little Rascals. He is also widely recognized for his role of Michelle's friend, Derek, on the ABC hit sitcom Full House. Ewing is openly gay and he is dating his boyfriend Emerson Collins.

Blake McIver Ewing was born on March 27, 1985, in Los Angeles, California, the United States of America, to his father Bill Ewing and mother Susan McIver.

His dad is a director, producer, and president of Bearing Fruit Entertainment and Every Tribe Entertainment, and his mom is an actress who has appeared in 1977 action romance film Smokey and the Bandit.

Blake was raised along with his brother Zack Ewing, who is also an actor by profession. He is of American nationality and belongs to white ethnicity.

Blake McIver Ewing made his film debut with the role of six-year-old Ned in the comedy-drama film, Calendar Girl in 1993. He was eight years old at the time.

In the following year, he appeared in the romance comedy film, The Little Rascals (1994) - directed by Penelope Spheeris - alongside Brittany Ashton Holmes, Zachary Mabry, Travis Tedford and Bug Hall.

Blake has since appeared in many other hit films such as Gordy, Problem Child 3, Tom and Huck, A Very Sordid Wedding and Raising Helen.

He has also provided voices in Recess: Taking the Fifth Grade, Tarzan, Hey Arnold!: The Movie, and The Little Mermaid II: Return to the Sea.

As for his television appearances, Black has appeared in Full House, Recess, The People's Couch, Star Search, Minor Adjustments and many more.

He was nominated for an Ovation Award for his performance in the Los Angeles production of Ragtime. On July 14, 2015, He released his equality anthem "This Is Who We Are."

Blake McIver Ewing is one of the popular and successful Hollywood actors and of course, the Full House star earns a substantial amount of money from his film and television career.

According to the Celebrity Net Worth website Blake has an estimated net worth of $300 thousand with a handsome amount of salary. He reportedly earns $95,000 per year on average.

Moving towards the personal life of Blake McIver Ewing, as we mentioned earlier, the Calendar Girl star is openly gay.

In 2016, in a description of a YouTube video in which he performed a poignant anti-bullying song, Blake wrote, "When I was 14 I came very close to becoming a gay teen suicide 'statistic'."

Blake is in a romantic relationship with an actor and producer, Emerson Collins. His boyfriend has appeared on FOX hit series Rent and Bravo hit series The People Couch. 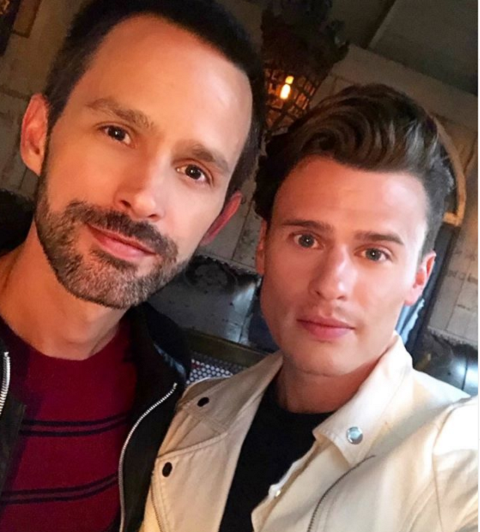 The gay couple started dating in 2015 and ever since they are enjoying each other's company very well.