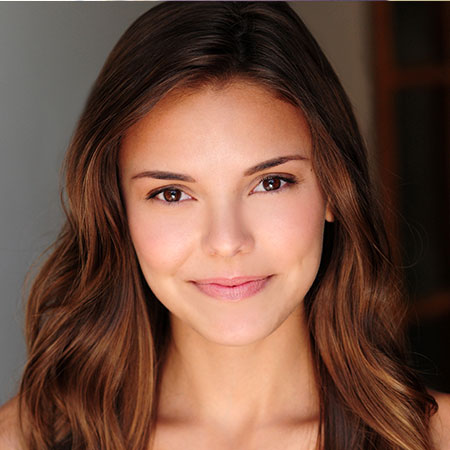 The phrase quality over quantity holds true in the case of Brooke Wexler. Her filmography only consists of 2 credits in total, but her talent and charm have gathered the attention of the public. She came into the spotlight after working in the comic turned live-action TV series Richie Rich. She played the role of Irona which got her global attention.

Brooke Wexler was born on the 18th of May, 1993, in Toronto, Canada under the star sign of Taurus and her personality reflects its characteristics by being Reliable, patient, practical, and devoted.  She belongs to Mixed ethnicity and is Canadian by nationality.

She is the daughter of Jerry Wexler and Kim W Talbot who has already divorced. She grew up along with her sister, Rachel who is four years older than her. Currently, her father is married to Katie Slate. She has a stepbrother.

She graduated from the Teen Acting Program at Toronto Academy of Acting for Film and Television. She studied media production at Pepperdine University after moving from Toronto to Los Angeles at the age of 18.

Wexler career started with the TV series Sequestered in 2014, she played the role of Jenny in the series. She acted in 8 episodes of the series and worked with Jesse Bradford and Dina Meyer. Then she landed the role of Irona in Netflix's 2015 live-action reboot of Richie Rich where she acted alongside Lauren Taylor and Alvina Anderson.

The series gave her an opportunity to express her talents to a wider audience through the TV medium. She was interviewed by the Canadian Jewish News. In the interview, she wanted to tell younger actresses to not give up saying, “There will be people and situations that will prove as obstacles due to the challenges of breaking into the industry, but the main person that will push you forward is yourself.  Always believe in yourself and your dreams."

Apart from this, she has not acted in other roles. Although her career is small, she is a very popular name in the tabloids and the world of television.

Also, she was part of the music video of Somebody to You by The Vamps featuring Demi Lovato.

Wexler is a famous name when it comes to television, especially among younger viewers. The Golden Maple nominated star didn’t reveal her net worth and remains shy about her earnings too.

The average earnings of an actress according to PayScale is around $50,270. Likewise, the average actor/actress at Netflix is paid around $52,136.

Personal Life: In a Longtime Relationship

The 26 years old, Brooke Wexler is dating Jake Warner. The pair has remained as a girlfriend and boyfriend sine 2011. On the Valentine days of 2019, they shared the picture of togetherness with a caption stating eight years of togetherness.

Well, the lovebirds also celebrated thier birthdays on the same day( i.e. May 18).