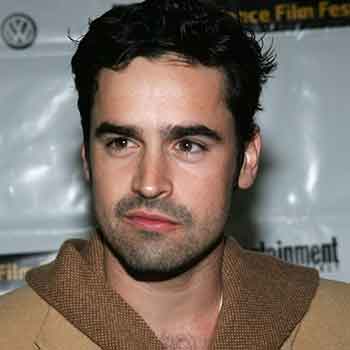 Jesse Bradford is a popular American actor who started his career when he was in his mother's lap (eight months) by appearing in industrial films, commercials, and soap operas. His first notable appearance was in the film Falling in Love in 1984 where he portrayed a role of Robert De Niro's son. Bradford is popular for portraying gay characters on screen and for his performance in the movies like Romeo + Juliet, Bring It On, Clockstoppers, Swimfan, Perfect Life and Sequestered.

Jesse Bradford was born on 28 May 1979 in Norwalk, Connecticut, United States to Terry Porter and Curtis Watrouse. His birth name was Jesse Bradford Watrouse and was the only child of their parents who were also the part of an entertainment industry.

Bradford's father has also appeared in a few commercials, soap operas, and movies whereas his mother also played a character of his own mother in the movie, Hackers which was released in 1995.

Regarding his education, he attended Brien McMahon High School and for his tertiary education he joined at Columbia University and gained a bachelor's degree in Film.

Bradford made his first appearance in the entertainment industry when he was just eight month. He did the Q-Tip commercial. He made his big screen debut at the age of 5 when he starred in the movie Falling in Love appearing with actors like with Robert De Niro, Dianne Wiest, and Meryl Streep. In 1990, Bradford appeared in two movies named Presumed Innocent as Nat Sabich and My Blue Heaven as Jamie.

Bradford worked as a child actor in many movies such as The Boy Who Cried Bitch,  King of the Hill, Far from Home: The Adventures of Yellow Dog, Hackers and many more. His work on the movie Romeo+ Juliet as Balthasar was hugely admired by the viewers.

In the movie, he shared a screen with Hollywood A-listers Leonardo DiCaprio and Claire Danes. He then appeared in the movie, I Hope They Serve Beer in Hell (2009) as a lead role of Drew where the story was related to Tucker Max’s best-selling book.

Bradford made his television debut in the year 1986 in Cla s sified Love as Anthony. His other works include Son of Morning, Dead Awake, The Year Of Spectacular Men, Outlaw, Teachers, Love and many more.

Jesse Bradford has worked in numerous movies and television series and from his embellishing successful career, he acc u mulated a decent amount of money. According to the Celebrity Net Worth, his estimated net worth is $ 3 million.

In the year 1996, he appeared in the movie Romeo+ Juliet which became an instant hit at the box office grossing more than $147 million against its producing cost of around $14.5 million.

A talented actor Jesse Bradford lives a low-key life and never let his career shadowed by his private life. Prior he was married to Country Singer, Julie Roberts. As per the sources, the former couple tied the knot in 2005. Until their divorce, their relationship was kept secret, so, nothing much is known about them.

Bradford's ex-wife is famous for her hit song, Break Down Here. Together they have two sons, Owen Jesse who is 11 years and Caleb Michael who is 9 years as of September 2018.

As of now, there are rumors that Bradford is dating Azealia Amanda who is a rapper, singer, songwriter as well as an actress. Bradford was spotted with his rumored girlfriend at the Nylon Midnight Garden Party in April 2015.

The alleged couple was seen holding hands and flirting with each other. The pair, however, is yet to confirm the relationship.

He is interested in playing guitar and is an accomplished guitarist as well.

Check out his interview on Good Day LA,