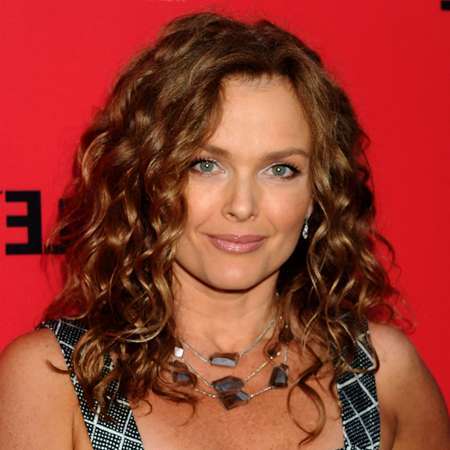 Television and film actress Dina Meyer is best known for her female leading role opposite Keanu Reeves in the 1995 movie, Johnny Mnemonic. She began her career with a recurring role on the Fox teen drama series Beverly Hills, 90210. She landed with a Some of Meyer's popular film and television credits include Dragonheart(1996), Starship Troopers (1997), and Star Trek: Nemesis among others. She had a recurring role on Secret Agent Man and Point Pleasant.

Dina Meyer was born on December 22, 1968, in Forest Hills, Queens, New York. She was born to a Jewish family; her grandparents are from Austria and Germany. She has two brothers, Evan and Gregory, with whom her family moved to Dix Hills, Long Island.

Dina Meyer started her acting career in television in 1993 from the show Beverly Hills, 90210. The same year, Dina Meyer worked in the TV movie Strapped. She was cast alongside Bokeem Woodbine, Fredro, and Chi Ali, among others.

She starred alongside Dennis Quaid, David Thewlis, Pete Postlethwaite, and Julie Christie, among others in a 1996 British-American fantasy action movie, Dragonheart. The movie was a success grossing $115.2 million at the box office.

Dina Meyer landed a female lead opposite Keanu Reeves in the 1995 cyberpunk action thriller, Johnny Mnemonic. The movie starred Dolph Lundgren, Takeshi, and Ice-T, among others.

In addition to her movie career, she is active on television as well. She has starred as Barbara Gordon in the short-lived The WB series, Birds of Prey from 2002-03. She has regular roles in other series such as Point Pleasant and Secret Agent Man.

She played the main role as Helen Bennett in an American TV series, Sequestered in 2014. She was cast alongside Jesse Bradford, Summer Glau, James Maslow, Bruce Davison, Chris Ellis, Ryan McPartlin, and Patrick Warburton, among others.

In 2013, Dina Meyer was cast in Universal Films' Dead in Tombstone where she was cast as Calathea. She starred alongside Danny Trejo, Anthony Michael Hall, and Mickey Rourke, among others.

Dina Meyer's Salary And Net Worth

Dina Meyer's net worth is $5 million at present. She earns a decent amount of salary in her career. An average television actress gets thousands of dollars per episode for her work in the television series which makes her such a heavy net worth.

Dina Meyer has worked in over 50 television series and dozens of films in her over two-decade-long career in acting and she has acc u mulated a staggering amount of worth for her work.

Dina Meyer is still unmarried and is not dating any man at present. The actress is secretive about her personal life and her relationship status.

At the same time, she was also rumored to be in a relationship with musician Billy Joel but she has denied the rumors straightaway.

Currently, there is no news of her dating someone or having a boyfriend. Basically, her current relationship status is a mystery to the world. While she is free from her work schedule, she often likes to go snowboarding and enjoy outdoors and also like to rollerblade sometimes. Dina currently resides in Los Angeles.