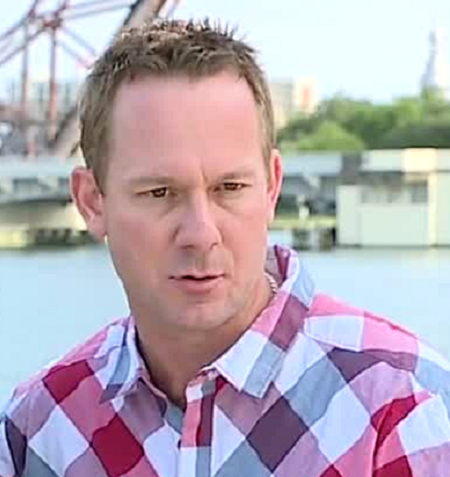 Brian Kleinschmidt is a rising American reality television personality who is currently known for hosting 100 Day Dream Home on HGTV. He hosts the television show alongside his wife, Mika McGee. Besides this, he has appeared on The Amazing Race. He also is a gym owner of Anytime Fitness Gym.

Brian was born on 30th April 1982 and is currently 38 years old. He was born in Florida, the United States of America, and belongs to American nationality. The name of his mother is Ellen Kleinschmidt who is a retired music teacher. The name of his father is not known, however, he worked as a janitor. He grew up with his brother.

Who Is Brian’s Current Wife?

Talking about Brian’s relationships, he is married twice and divorced once. He was first married to Ericka Dunlap. His first wife is Miss Florida 2003 and was the first African-American woman to hold the title. She even is Miss America 2004,

As per sources, they first met during a leadership seminar at the University of Central Florida back in 2002. The former couple even competed in The Amazing Race’s season 15.

The ex-pair tied the knot in 2007 but sadly, after five years, they separated and divorced.

After divorcing the first wife, he married his current wife, Mika McGee. The lovely pair tied the knot in October 2015 after getting engaged in 2013. 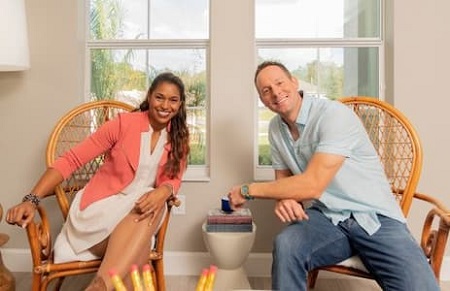 Mika and Brian first met in Riverview High School when school administrators mistakenly a s signed him to girls chorus cla s s. They connected in 2011 and soon started dating.

Talking about Brian’s children, he is the father of a kid. His daughter, Jade, is thirteen years old.

Brian is a famous American reality television personality who is also the owner of Anytime Fitness Gym. He opened his Anytime Fitness gym in 2011 and he went on to open two more gyms. He also owned a gym in Boca Raton but sold it after eighteen months.

The television personality participated on the 2015 Doritos Super Bowl commercial. He earned around $25 thousand for an amateur production. Back in 2015, he also appeared on Shark Tank. In the show, he seeks an investment of around $50 thousand in exchange of his 15% company, Ex-Pee-Z.

The personality along with his wife Mika hosts 100 Day Dream Home on HGTV. The show started premiering in February 2020.

Brian Kleinschmidt’s net worth and earnings are not disclosed in the media. However, as per sources, he is a millionaire and has a net worth of $2 million.