Paul Finebaum is an American sports author, radio and television personality, and columnist. Since 2013, he has been with ESPN, hosting the four-hour sports radio talk show, The Paul Finebaum Show.

How Old is Paul Finebaum? Where was he Educated?

Paul Finebaum was born on July 26, 1955, the son of Benjamin Finebaum, an optometrist, and Gloria Filderman Finebaum, a former IRS Clerk. He is 65 years old as of August 2020.

Born and raised in Memphis, Tennessee, Finebaum attended Christian Brothers High School and White Station High School, both in Memphis. He went on to enroll at the University of Tennessee, graduating in 1978 with a Bachelor of Arts degree in political science.

Paul Finebaum began his professional career as a sports columnist and investigative reporter for the Birmingham Post-Herald. During his tenure at the daily paper, Finebaum was the recipient of over 250 national, regional, and area industry awards. He later went on to work for Mobile Press-Register in 2001 and for Sports Illustrated as a college football columnist for SI.com from 2011 to 2012.

Finebaum made his radio debut in the mid-'80s and was a contributor to the Mark and Brian Radio Show on WJOX-FM. He hosted his own radio show at WAPI-AM before launching the highly syndicated The Paul Finebaum Radio Network in 2001. The show was acquired by WJOX-FM in 2007.

He hosted the show until it was temporarily discontinued WJOX-FM in 2013, upon which he joined ESPN in August and became the voice for the newly-launched SEC Network. 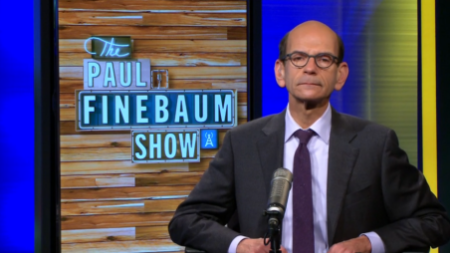 Since then, he has hosted the daily four-hour radio sports talk show The Paul Finebaum Show on ESPN Radio and the SEC Network. Besides hosting the show, Finebaum is also a weekly analyst on the SEC Network's pregame show SEC Nation. He is also a contributor to many original shows on ESPN like SportsCenter, Get Up, College Football Live, and College GameDay.

Paul Finebaum is also a prolific author, perhaps most known for his "I Hate..." book series. Besides that, he has written the books The Worst of Paul Finebaum and Finebaum Said.

Paul Finebaum has been married since 1990 to his wife Linda Hudson. Despite being married for three decades, the couple doesn't have any children. They are currently listed as residing in Charlotte, North Carolina.

According to celebritynetworth.com, Paul Finebaum has a net worth of $2 million. His wealth comes from his career as a former sports columnist turned author and radio and TV personality. 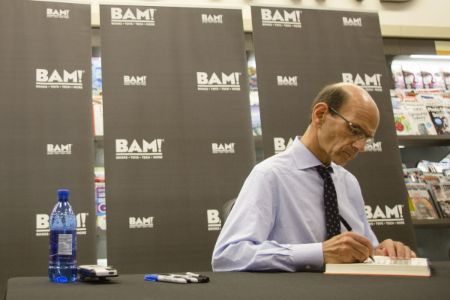 He has been in sports journalism in some form or fashion since the late-'70s and since August 2013, has worked at ESPN's SEC Network where he is the host of the daily four-hour radio show, The Paul Finebaum Show.