Matthew Berry is an American writer, columnist, fantasy sports analyst, and television personality. He has been a writer and/or producer on many television shows including Roseanne, Married... with Children, Desperate Housewives, and Last Man Standing. Since 2007, he has been with ESPN as their "Senior Fantasy Sports Analyst".

How Old is Matthew Berry? His Age, Parents, Childhood, and Education

Matthew J. Berry was born on December 29, 1969, in Denver, Colorado, the son of former Mayor Nancy Berry and Texas A&M University professor Leonard Berry. His family moved around when he was a child before settling in College Station, Texas, where he attended the local high school. Berry studied electronic media at Syracuse University in New York, graduating in 1992.

Matthew Berry began his professional career as an entertainment writer and wrote for and/or produced shows like Roseanne, Married... with Children, Desperate Housewives, and Last Man Standing, among others.

After floundering in the entertainment industry, Berry began a career in one of his pa s sions: fantasy sports. He started writing columns for the fantasy sports website RotoWorld.com -- for whom Berry wrote from 1999 to 2003.

He went on to start his own fantasy sports websites RotoPa s s.com and TalentedMrRoto.com. During the height of his fantasy websites, Berry also wrote weekly fantasy sports columns for NBA.com and daily blogs for MLB.com. 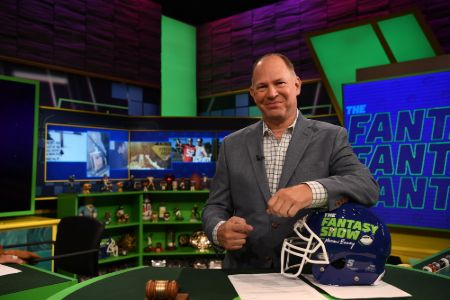 Additionally, Berry also worked for the Fox Sports Radio Network for two years as the official Fantasy Sports Expert and was the lead editor of NBA.com's 2005 and 2006 Fantasy Basketball Magazine.

Berry joined ESPN in January 2005 and worked as a fantasy sports expert on ESPN Radio 710 in Los Angeles. As his popularity grew, so did his appearances. He was granted a regular spot on the ESPN2 talk show Cold Pizza. He soon began contributing to ESPNEWS and writing columns for ESPN The Magazine. During this time, he also began hosting the fantasy football talk show The Fantasy Show on ESPN2.

In 2007, ESPN purchased TalentedMrRoto.com and offered Matthew Berry a full-time gig. He is the lead writer on ESPN's coverage of fantasy football and he writes the annual Love/Hate column on ESPN.com. Since then, Matthew Berry has appeared on many of ESPN's original programming like Monday Night Countdown, Sunday NFL Countdown, SportsCenter, and NFL Live.

Matthew Berry has been married to his longtime partner Beth Berry. 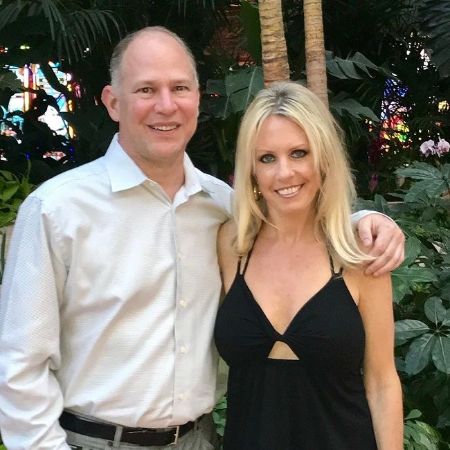 They met while both were working for ESPN. The couple has five children together, including the latest additions to the family: a pair of twins born in the summer of 2011. Matthew is listed as residing in Connecticut with his family.

As of August 2020, Matthew Berry is reported to have a net worth of $2 million. His wealth comes from his career as a writer, columnist, fantasy sports analyst, and television personality. Initially, an entertainment writer who wrote for and/or produced shows like Roseanne, Married... with Children, Desperate Housewives, and Last Man Standing, Matthew is a Sports Emmy Award-winning Senior Fantasy Sports Analyst for ESPN.