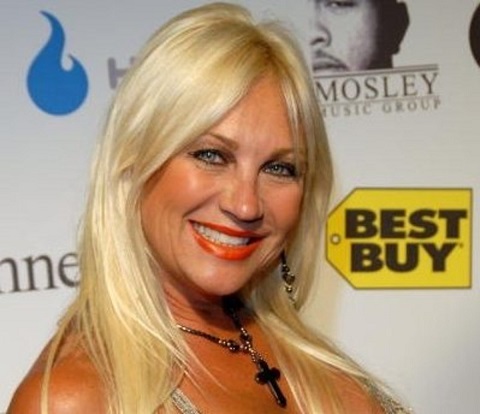 Linda Hogan is a famous American television personality who came into the spotlight for appearing in the reality television show, Hogan Knows Best. She, however, is widely known as professional wrestler Hulk Hogan’s ex-wife. The ex-couple, who tied the knot in 1983, got divorced in 2009.

Linda’s birth name is Linda Marie Claridge. She was born on 24th August 1959, and is 60 years old, as of 2020. She was born in Los Angeles, California, in the United States of America. Her nationality is American, whereas her ethnicity is mixed; American, Irish, Australian, and British descent.

Linda grew up with a young sister, Christie Claridge, who is an actress and Miss International in 1982. She studied at Chatsworth High School and graduated in 1977.

Career As A Television Personality

Linda is an American television personality who came into the spotlight after tying the knot with Hulk Hogan. Talking about her professional career, she debuted appearing on her former husband’s album, Hulk Rules, in 1995.

However, she grabbed huge attention after she entered the reality show, Hogan Knows Best. She also appeared in a documentary DVD, Vehicular Lunatics, in 2005. She even appeared on the third and eighth season of Bar Rescue.

Besides this, Linda is also an author who published book, Wrestling the Hulk: My Life Against the Ropes, in 2011.

Everyone might be familiar with the fact that Linda was married to WWF champion Hulk Hogan. As per reports, the ex-couple tied the knot on 18th December 1983, after dating for a couple of years. 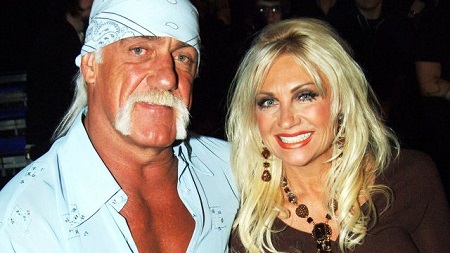 The former duo was married for around 26 years before they separated. As per gossip mongers, Linda filed for divorce in 2007, claiming that Hulk’s physical abuse and extra-marital affairs as the reason behind their separation. Their divorce was finalized on 27th July 2009.

She Was In A Relationship With Her Son’s Friend

Well, after divorcing Hulk Hogan, Linda was in a relationship with her son’s friend, Charlie Hill. They first met through her son, Nick. Soon later, they began dating in 2008. During the time, Linda was 48 years old, whereas Charlie was only 19 years old. However, age did not affect them from falling for each other.

Actually, Linda’s daughter Brooke and Charlie Hill went to school together, and Brooke is only a year younger than him.

Two years after dating, Linda and Charlie got engaged and even planned to tie the knot in the summer of 2011. But things did not go well; thus, the pair called off their engagement in May 2012. Linda confirmed the news via her Facebook.

Back in July 2014, Linda’s ex-fiancé, Charlie, sued Linda for $1.5 million, accusing her of involving him in menial labor during their relationship.

According to Charlie, Linda made him do sorts of work like digging a creek, waxing the yacht, pull reeding from the lake, construction, and landscaping. He even revealed that she made him fertilize 25 acres of the avocado farm.

However, later it was claimed that Charlie had violated their settlement. He was supposed to stay silent regarding their relationship details.