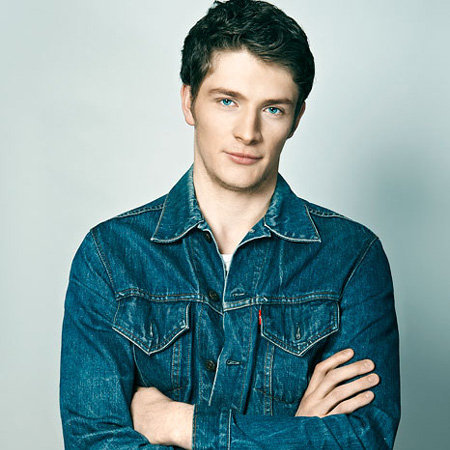 Canadian actor, Brett Dier is known for his role as Michael Cordero Jr. on American satirical romantic comedy-drama, Jane the Virgin. He landed his first big role in the 2006 TV movie, Family in Hiding. Dier is also a musician and plays both guitar and piano. He was also interested in material arts as well.

As of 2018, The actor is in relation with actress Haley Lu Richardson.

Brett Dier was born on 14th February 1990 in London, Ontario with Canadian citizenship, under the birth sign Aquarius.  He is the youngest of three children of his parent'  Patrick Dier and  Samantha Dier.

His parents were stage performers and owned his own recording studio and production house. His elder sister Sasha is an actress in movies and his younger brother Jason, is a musician.

Dier has completed his schooling at the local school. At the age of six, he started to learn piano including the Suzuki method. Brett is also a black belt in Taekwondo. Swimming and break dancing was his hobbies. During his high school, he was also engaged in a jazz band. Dier is a self-taught dancer and musician too.

Although wanting to become a musician, Brett managed to become a more successful actor. His first-ever acting role at a professional level came in 2006 when he played a TV film named Family in Hiding as Matt Peterson.

Gradually, in 2007 he also played in Seventeen and Missing and quickly grabbed the role in another series The Secrets of Comforting House, both in the same year. The next year, he was cast as Caden in the TV drama Every Second Counts and alongside that played in Smallville as Clark.

He also had a small but notable role in Fear Itself. He has also made a special appearance in Diary of a Wimpy Kid, where he appeared as a breakdancer. He has appeared similarly in Made: The Movie and Meteor Storm and Mr. Young.

In 2012, Dier was seen in Space Twister as well as in The L.A Complex. However, he had to wait till 2013 to start in a lead role, and in the TV show Ravenswood, got his main role as Luke Matheson, although the show was canceled after just one season.

His role as Gene Corbett in the film Bomb Girls was highly acclaimed. Some of his recent works have come in Backmask (2013) and Jane the Virgin (2014) where he played the role of detective Michael Cordero. The show that gained much popularity has already started its second season.

Brett Dier's Net Worth And Earnings

The Canadian actor has a net worth of $1 million. His source of income is TV shows and films. He has not revealed much about his net worth in the media.

In the year 2010, the actor was a cast in the comedy Diary of a Wimpy Kid which was turned out to be quite successful at the box office grossing $64,003,625 in North America and $11,696,873 in other territories for a worldwide box office collection of $75,700,498 on a $15 million budget. In the movie, Dier played the role along with Zachary Gordon, Robert Capron, Rachael Harris, and Steve Zahn.

The actor has also huge Instagram followers with over 761 K followers as of Dec 2018. An Instagram star who has over 500K followers can make over $7 K a post.

Not much is revealed about his personal life and he doesn’t like to speak about it in the media. He doesn’t seem to have a long list of relationships and isn’t married or divorced yet.

The actor is currently in a relationship with his girlfriend Haley Lu Richardson, and the couple who have been together for quite some time now seems to have a long way to go.

You're the most beautiful thing that I could ever imagine in my world. HAPPY HAPPY BIRTHDAY Haley. THANK GOD OUR SOULS FOUND EACH OTHER

The two started dating in the year 2014, after a few courtships. And two after a long journey, they got engaged in March 2018.

Talking about her role in the hit series Virgin, Brett Dier along with his co-star Yael Grobglas & Justin Baldoni in an interview.