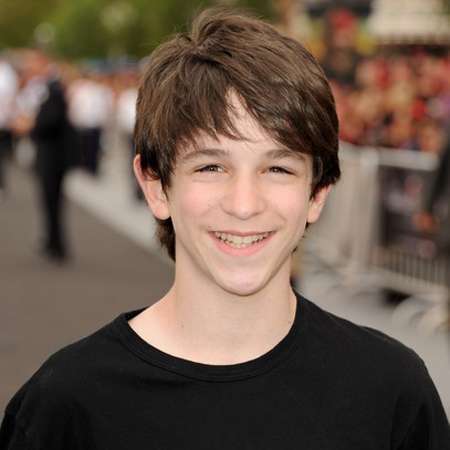 Zachary Adam Gordon was born on February 15, 1998, in Oak Park, California, the United States to Ken Gordon and Linda Gordon. He spent most of his childhood days in Southern California with his siblings Kyle Gordon and Josh Gordon. Gordon is of American nationality and white ethnicity. He is raised Jewish. Zach had wanted to become an actor since childhood; he also had the acting skills, so his parents persuade him to do so by taking him to auditions.

Zachary is currently attending a public high school in Oak Park. He made his first appearance in the acting arena in 2006 on two episodes of How I Met Your Mother as character Tyler Stinson. He was then seen in TV series, All of the Us. In 2007, he garnered many roles in movies like Because I Said So, Sex and Death 101, The Chubbchubbs Save Xmas, National Treasure: Book of Secrets as Lincoln Conspiracy Kid. In the same year, he was seen in two episodes of Robot Chicken as character Charlie Brown, Linus. Zachary has appeared in TV series like Desperate Housewives, The Mighty B!, MADtv, 15 episodes of Ni Hao, Kai-lan as San San, Batman: The Brave and the Bold as Young Bruce Wayne, Young Aqualad, Family Guy, Last Man Standing and much more. However, he is mostly noted for his character Greg Heffley in Diary of a Wimpy Kid, Diary of a Wimpy Kid: Rodrick Rules and Diary of a Wimpy Kid: Dog Days. For his exceptional acting skills, he has won three Young Artist Awards and has been nominated in many.

Gordon does not have a long dating history which may be due to his age. He has not revealed much about his girlfriend. He has a lot of fan following which includes many young girls. He was previously in a relationship with Bailee Madison. Then after they broke up, Gordon began dating girlfriend, Sabrina Carpenter. The couple has allegedly broken up. Gordon is currently single. He is too young to be married or have children. He is currently very much focused on his work. Gordon has always wanted to become a successful actor while growing up. Thus, he is seen mostly focusing on his acting skills and his academic career. Gordon currently lives in the United States with his parents. He is yet to get major roles in movies and become a huge sensation.

Gordon is currently 18 years old. He stands at the height of 5 feet 9 inches. His weight is unknown. He has a cute face and a perfect body . He is adored by his fans for his exceptional acting and singing skills even at this age. Gordon’s net worth has been estimated to be a whopping $2 million. It is known that he is earning a huge salary from his work in the TV series and movies.  The bio of the very talented, young and handsome, Zachary Gordon can be found on various social media sites like Wiki, IMDB, Twitter, Instagram, where his publicity photos can be found, and more.