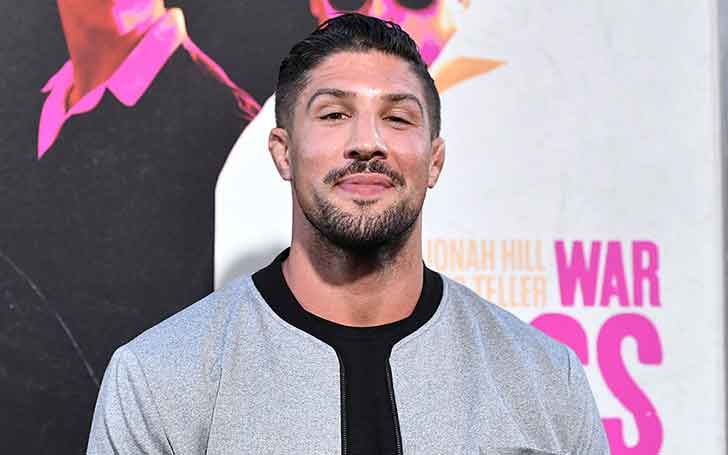 Former UFC heavyweight and current comedian Brendan Schaub are all set to marry his longtime girlfriend-turned- fianceé, Joanna Zanella. The couple has been sharing a wonderful relationship for the past many years.

The couple is engaged since 2017 and is also blessed with a son Tiger Pax Schaub. Know more about the pair and their relationship here.

Brendan Schaub Is All Set To Marry Longtime Girlfriend Joanna Zanella: Blessed with a Son

Brendan Schaub is engaged to actress and TV reporter Joanna Zanella since 2017. The couple started dating in 2014. It is hidden from the media how the two met for the first time.

His girlfriend Zanella is an actress, entrepreneur, and television host. She has featured in a few series and films. She now works as a host of Fox Deports, New Mexico. Zanella also runs her own clothing line Jz. Style based in LA. She sells the hottest Hollywood fashion at an affordable price.

They welcomed their son Tiger Pax Schaub on 21 February 2016 and the happy parents often share the picture of their little bundle of joy on Instagram.

As per the reports, both busy with their respective career, Brendan and Joanna are thinking about a low-key wedding ceremony but the actual date is not revealed to the media. He often snaps a beautiful photo with his partner and son on his social networking sites. Both of them are also fitness lovers.

Hope we will soon see them as husband and wife. Shaub currently resides in Los Angeles, California with his girlfriend-turned-fiance Joanna and one son.

Former MMA fighter and current comedian Brendan Schaub dated a few women before Joanna Zanella. He was in a relationship with professional wrestler, actress, and former mixed martial artist Ronda Rousey. But, the couple broke up in a short span of time. He once said:

She is too manly, she likes attention & wants others to take a back seat.

He also added that he is not the kind of person who likes to take a back seat, so possibly the ego clash might be a reason for their separation.

She later dated another UFC fighter Travis Browne and married him in 2017. Her husband once knocked out Brendan Schaub during their MMA fight.

Ronda Rousey is currently signed to WWE and performed on the Raw. She won a bronze medal at the 2008 Summer Olympics in Beijing and became the first American woman to earn an Olympic medal in judo.