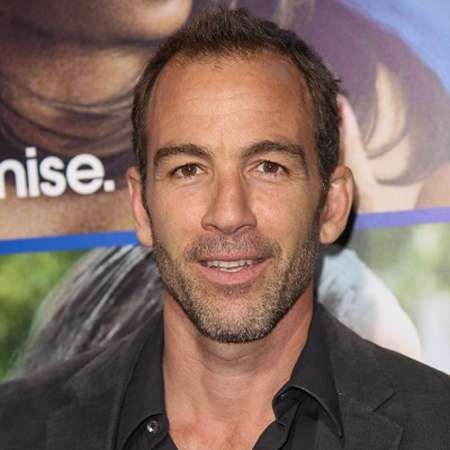 Bryan Callen was born on January 26, 1967 and his place of birth is Manila, Philippines. Bryan was born as the son of father Michael Callen and mother Toni McBrier. Bryan was raised with his parents in Manila and parts of United States. According to his nationality he is American. And his ethnicity is white. Bryan's star sign is Aquarius. Callen has a sister named Kesley Callen.

Bryan Callen made his debut as cast members of an American comedy sketch television series MADtv in 1995. He was featured in 42 episodes of the show until 1997 in a various characters and he also performed impersonations of Bill Clinton, Robert De Niro, Luke Perry, Sammy Hagar, Jim Carrey, Arnold Schwarzenegge and many other characters. Same year he also appeared in an American situation comedy Caroline in the City in the 97 episodes of the show.

Later in 1998, he was featured in an American television drama series Oz as Jonathan Coushaine. In the role of George "Vic" Vickery, Bryan made his presence in an American family drama television series 7th Heaven in 9 episodes of the series. He also worked in the famous American sitcom How I Met Your Mother as Bilson.

Starting from 2008, Bryan appeared in a cable television series truTV Presents: World's Dumbest in 77 episodes of the show until 2014. Bryan's other notable role in TV includes, In Plain Sight, Death Valley, Kingdom, Fat Actress and many more.

Bryan Callen has been through successful movie career where he has worked in several movies, he made his debut from 1995 movie Mail Bonding. Callen was later featured in 2003 American romantic comedy film Deliver Us from Eva as Theo Wilson. Later in 2006 he also appeared in comedy movie Scary Movie 4. Bryan's major movie appearance includes The Hangover Part II, 10 Rules for Sleeping Around, Ride Along, Planes: Fire & Rescue and others.

Bryan Callen is a popular comedian and versatile actor whose current relational status is married. Bryan has kept his past personal details to himself and his sexual orientation is married.

Bryan had an affair with actress Amanda Humphrey and they were married on October 28, 2008. They marriage was held in a private event in United States. Bryan and his wife are together for about 8 years and there have been no rumors or controversy about their relationship. There is no any updated about their child. Bryan and Amanda are often seen in red carpet and premier of several movies. Bryan currently lives with his wife in New York City, New York. Bryan has also huge interest in marshal Martial arts as he previously worked as host in UFC.

Bryan Callen has a net worth of two hundred thousand and his salary is assumed to be about few hundred thousand. Bryan has huge numerous fans and his fans support him several programs and tour. Callen's bio is updated in Wiki with his all personal and career details.