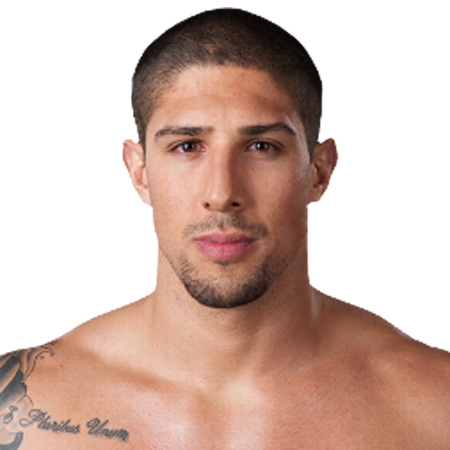 Brendan Peter Schaub is an American comedian, web series host, former collegiate football player, and Heavyweight MMA fighter. He was a finalist and the runner-up of Spike TV's The Ultimate Fighter: Heavyweights. He has also been a co-host of The Fighter and the Kid, a twice-weekly podcast with comedian Bryan Callen, as well as his own podcast Below The Belt. He is also a frequent guest on The Joe Rogan Experience, a free audio and video podcast.

Brendan Schaub was the first D’Arce choke in Ultimate Fighting Championship heavyweight history. He partnered with Showtime to launch "Below the Belt" in February 2018. He started working on behalf of E! Entertainment News and served as a commentator and co-host for E! Entertainment red carpet events.

Currently, Schaub is in a relationship with Joanna Zanella with whom he has a baby boy, Tiger Pax Schaub.

Brendan Schaub was born as Brendan Peter Schaub on 18th March 1983, Aurora, Colorado, the U.S. He belongs to white-American ethnicity and holds an American nationality. He is of German, Italian, and English descent.

Schaub is born to an American father, Peter Schaub and an English mother, Debra. He is of German, Italian, and English ancestry.

Schaub transferred to the University of Colorado where he was red-shirted for playing tight end.

Schaub also became a Colorado Golden Gloves boxing champ and was awarded as a purple belt in Brazilian jiu-jitsu. During the time, he met the UFC heavyweight contender, Shane Carwin and turn him as training partners.

On 2010, 23 October, Schaub made his main credit debut at the UFC 121 in Anaheim, California, opposite Gabriel Gonzaga, former UFC heavyweight title challenger and Schaub emerged as the victorious of the match.

After that, Schaub hosted, The Kid podcast and The Fighters on FOX Sports alongside, Bryan Callen. The two started doing podcasts to sell out the crowds on a national tour in 2016 in the venues including, Gramercy Theater of New York City, Wilbur Theater of Chicago, culminating at the Comedy Store in Los Angeles and The Wilbur Theater in Boston.

Schaub is one of the famous boxers who has collected a vast net worth from his career as hosting the podcast show, comedy act, and boxing.

He was a finalist and runner-up on the Spike TV reality television series The Ultimate Fighter: Heavyweights. He won the Ring of Fire Heavyweight Championship by defeating Bojan Spalevic in April 2009. He won the Knockout of the Night defeating Mirko Filipovic in 2011.

Brendan Schaub has been in a relationship with Joanna Zanella, a TV host, as well as an actress, since 2014. The pair became engaged in 2017 after dating for years. They became parents for the first time with the birth of their son, Tiger Pax Schaub, on 21st February 2016.

Previously, Schaub dated, an American mixed martial artist, actress as well as a judoka, Ronald Rousey for one year until 2014. However, after nearly a year of the love relationship, they split.

Brendan Schaub and Joanna Zanella are all set to marry as per the online sources.