Birthday Boy Mohamed Salah Reportedly Benched In Match Against Uruguay; Will Hopefully Play In The Second Half 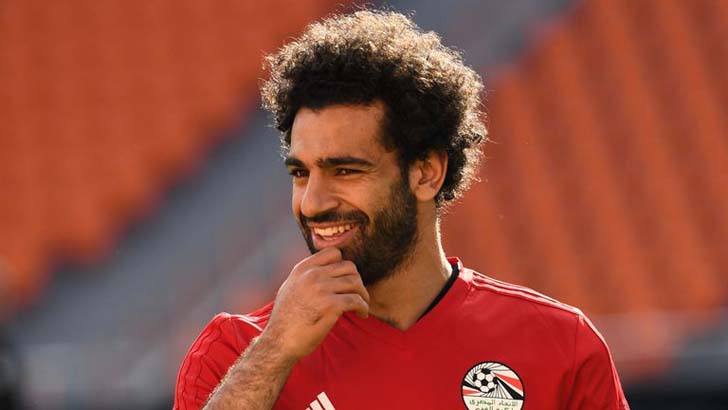 Bad News!!! Looks like the PFA and African player of the Year won’t be participating their first match against Uruguay.

It was a very tough night, but I'm a fighter. Despite the odds, I'm confident that I'll be in Russia to make you all proud. Your love and support will give me the strength I need.

The Liverpool star, who has been battling to recover from a shoulder injury during last month’s Champions League final returned to training for the first time on Wednesday.

It was a very tough night for Salah to leave the ground during the match.

Egyptian coach Cuper revealed in a news conference to preview the Uruguay game that he expects to have Salah for Egypt’s campaign in Russia.

Cuper said, “Salah is doing very well indeed, he’s recovered very quickly.” He added, “We’ll see how it goes today. I can almost assure you 100% he will play, barring any unforeseen factors at the last moment."

Egypt has arrived for their clash against Uruguay and it’s a big question for all Egypt fans that, “Will Salah show up in the game?”

BREAKING: Mohamed Salah is not in Egypt's starting line-up for their World Cup opener against Uruguay. #SSN pic.twitter.com/FFsbW6urJ2

Some online news has confirmed that he will not show up in the game but some hopes his return in the second half.

Liverpool has wished a Good luck to Salah as his side start their World Cup campaign this afternoon.

Good luck to @MoSalah as his #EGY side start their #WorldCup campaign this afternoon. pic.twitter.com/KZq1Mp7CRm