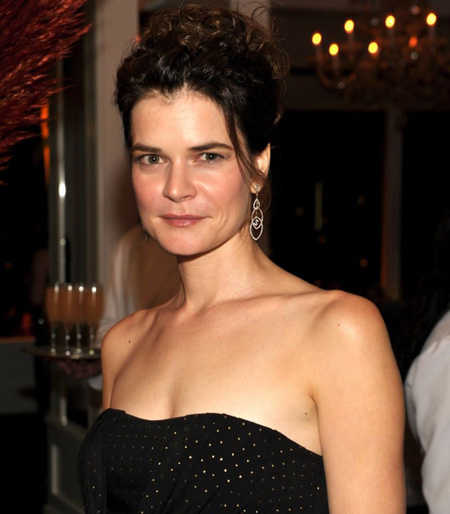 Betsy Brandt is an American actress who is best known for portraying the role of Marie Schrader in Breaking Bad. Brandt is also known for her appearance in the CBS sitcom Life In Pieces. He has also worked in the film industry, most notably in Shelf Life, Magic Mike, and Between Us, among others.

Actress Betsy Brandt Is A Millionaire

Brandt has worked in a number of films and series which went on to collect a hefty sum of money at Box Office. She was one of the main cast of Breaking Bad, which she joined in 2008 and remained there until its last episode in 2013. She also earned a good sum from her appearance as Sandy in the hit show Parenthood.

Similarly, Betsy Brandt landed one of the lead roles in ABC series Members Only. And she was a series regular on the CBS show Life in Pieces. Working on such projects, Betsy Brandt is believed to have earned hundreds of thousands of dollars.

Actress Betsy Brandt is a happily married woman. She married her fellow UIUC graduate Grady Olsen. The pair married in 1996. The husband-and-wife are also blessed with two children, daughter Josephine Olsen and a son Freddie Olsen. 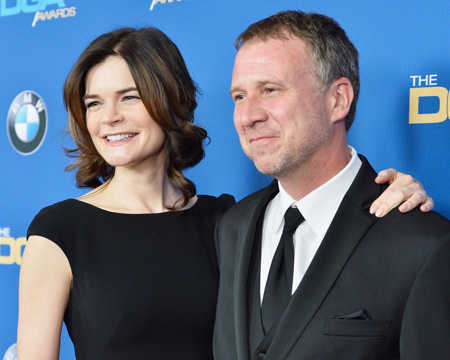 Brandt gave birth to her second child, Freddie, in 2008 during the production of the second season of Breaking Bad. The family of four currently resides in Los Angeles, California.

Born and Raised In Michigan

Betsy Brandt was born as Betsy Ann Brandt on March 14, 1973, in Bay City, Michigan, USA. She was born to father, Gray Brandt, and mother, Janet Brandt. Brandt holds American nationality and belongs to German descent. Brandt developed a keen interest in theater from an early age.

Brandt graduated from Bay City Western High School in Auburn, Michigan. She was interested in directing stage musicals rather than featuring in them. However, she shifted her interest in acting after she played the lead in a high school production of Exit the Body.

Later on, Brandt also studied acting at the University of Illinois at Urbana Champaign, from which she graduated with a BFA degree in 1996. She joined Harvard University's Institute for Advanced Theater Training for MFA and later studied at the Royal Scottish Academy of Music and Drama in Glasgow.

After graduation, Brandt started working in Seattle, Washington, before relocating to Los Angeles.

Rose To Stardom From Breaking Bad

Actress Betsy Brandt started her career from a short film in 1998, appearing as Natasha in Confidence. Three years later, Brandt made her big-screen debut from a small role of a director on Memphis Bound and Gagged. The same year, Brandt made her television debut as Elizabeth Granson on Judging Amy.

After working in several television series and films in a minor role, Betsy Brandt landed the lead role of Marie Schrader on Breaking Bad. She appeared on 51 episodes during the six seasons of the series, during which she worked with Anna Gunn, RJ Mitte, Bob Odenkirk, and Aaron Paul. Brandt also won Screen Actors Guild Award for Outstanding Performance by an Ensemble in a Drama Series. 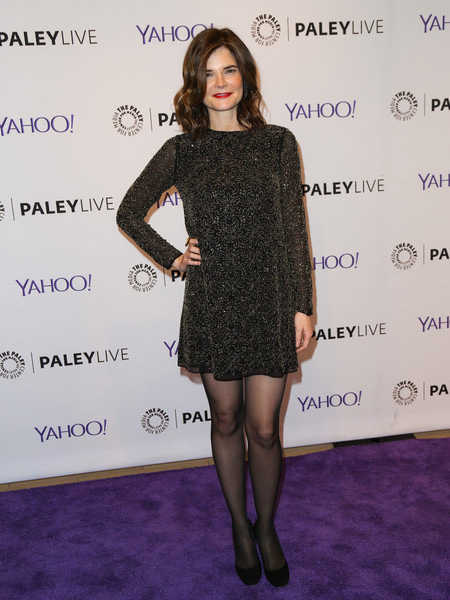 Afterward, Betsy Brandt starred as Sandy on Parenthood and later on The Michael J. Fox Show. In 2014, she worked as Barbara on the American period drama series Master of Sex. In 2015, the 46-year-old actress landed her most notable role of Heather Hughes on Life in Pieces. She made her appearance in a total of 79 episodes of the show from 2015 to 2019.