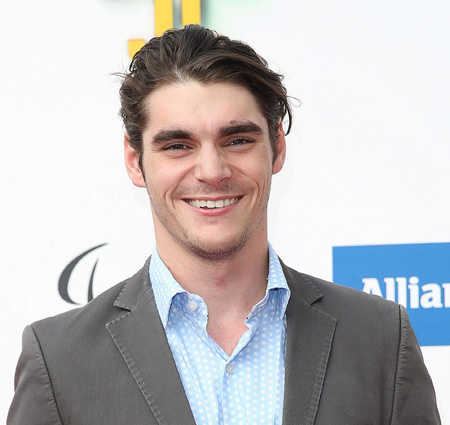 RJ Mitte is an American actor, famously known for his portrayal of Walter "Flynn" White Jr. on AMC series Breaking Bad. Mitte suffers from cerebral palsy from the time of his birth. His disability helped him earn the role in the American neo-Western crime drama series, Breaking Bad.

RJ Mitte was born as Roy Frank Mitte III on August 21, 1992, in Jackson, Mississippi, the USA. He was delivered by an emergency cesarian and was not breathing at the time of his birth, which resulted in cerebral palsy, permanent brain damage.

A few days after his birth, Mitte was adopted by Roy Frank Mitte Jr. and Dyna Mitte. His parents separated a few years later. His mother raised him after the separation of his parents. 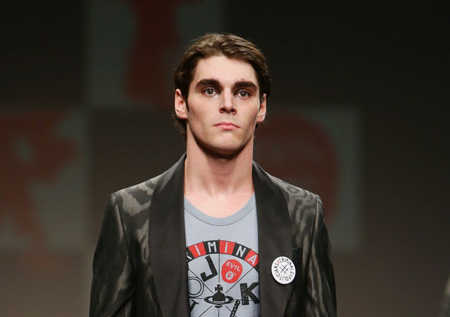 After Mitte was diagnosed with cerebral palsy at the age of 3, doctors put his legs in casts for six months in an attempt to straighten his feet. Mitte used crutches throughout most of his childhood days. As time passed, his legs gained strength, and by teen, Mitted didn't need any walking device.

Mitte relocated to Los Angeles with his family when his younger sister, Lacianne Carriere, got an offer for the role in a film. From the age of 14, Mitte started earning for his family, for which he did multiple jobs.

At the starting of his career, RJ Mitte played a number of minor roles that included the Disney series, Hannah Montana. He also took acting lessons before he got the role of Walter White Jr. in the AMC series Breaking Bad. Mitte's character in the series also suffered from cerebral palsy. He worked alongside Aaron Paul, Bryan Cranston, and Anna Gunn in the series.

In 2011, Mitte starred in Stump, a short horror movie. He also worked as an executive producer in Vanished in the same year. A year later, Mitte starred in the thriller film House of Last Things. His most recent work came in Now Apocalypse, in which he played the role of Leif on two episodes.

Besides, Mitte has also starred in some music videos. In 2013, He appeared as a child in a music video of Holywood Undead, Dead Bite. His other appearances in the music video include If I Get High, In the Dark, and Party Like Tomorrow is the End of the World.

Meanwhile, Mitte modeled for a Gap campaign in Spring 2014. A year later, he walked for Vivienne Westwood on a catwalk.

What Is RJ Mitte's Net Worth?

RJ Mitte has worked in the acting industry for a long time now. He has earned a handsome sum of net worth from his acting career. As of 2019, Mitte's net worth is believed to be around $2.5 million.

Details regarding his salary are not revealed in the media, however, looking at his fame, his salary can be estimated to be around $100k per annum.

Actor RJ Mitte remains secretive about his personal life. By far, he hasn't revealed anything about his relationship status in public. However, as per some online sources, Mitte was in a relationship with actress Jody Lyn O'Keefe. Though there is no official revelation about the relationship, the sources claimed they had been together since 2013. 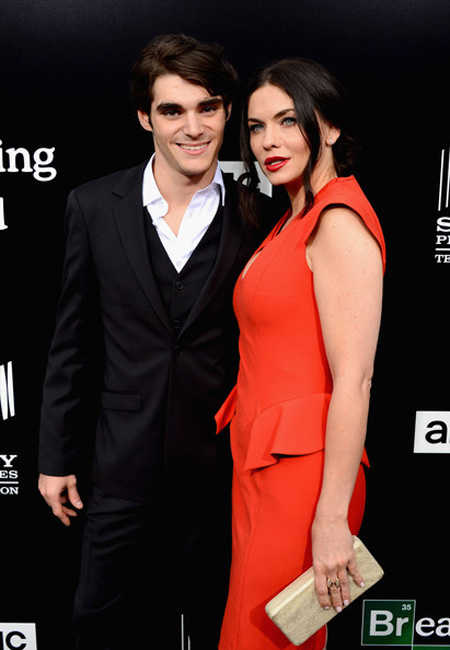 Back in June 2013, Mitte took to his Twitter, sharing a cute picture of him and Jodi, in which he mentioned Jodi as a great lady. The same July, Jodi wrote on her Twitter: "Let the cougar rumor begin." After the tweet, their fans believed the couple was seeing each other.

Before, actress O'Keefe was in a longterm relationship with actor John Cusack. They dated from 2003 to 2009. On the other hand, Mitte is not known to have dated any other girl in the past.