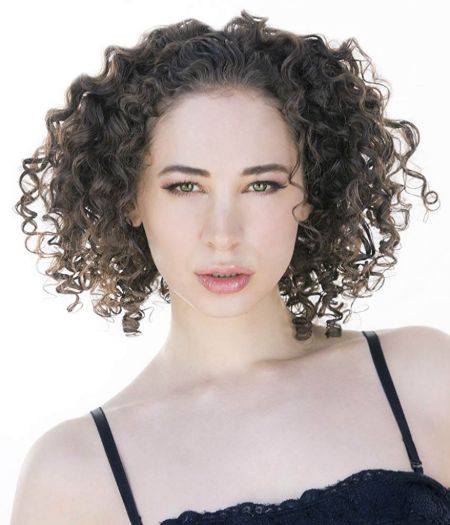 Bess Rous is an American film and television actress most known for playing Ivana West in the TNT mystery crime-drama series Murder in the First and Karen Lipinski in the sci-fi comedy series Other Space as well as Gertrude Aldridge Ghost in the 2016 remake of Ghostbusters.

Is a Former Competitive Ice Dancer

She gave up any aspirations she might have had of becoming a world-cla s s ice skater in favor of acting and officially retired at age 18.

With that in mind, Rous went on to attend Rutgers University's Mason Gross School of the Arts, graduating with a Bachelor in Fine Arts. She also attended the London Academy of Theatre in England, graduating with an acting certification.

Bess Rous made her on-screen debut in 2004 in a small role in the NBC crime-drama series Third Watch. She also had guest roles on the NBC legal drama Law & Order and the MTV reality show Damage Control.

In 2007, she appeared as Marjorie in a couple of episodes of the first season of the AMC period-drama Mad Men starring Jon Hamm. 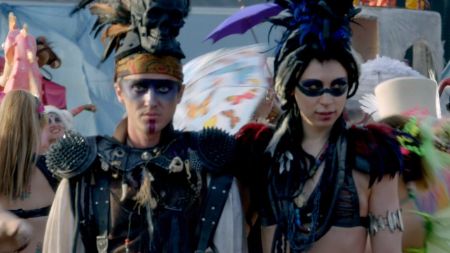 Bess Rous (right) and Tom Felton in Murder in the First SOURCE: IMDb

In 2014, Rous landed her first television starring role as Ivana West in the first season of the TNT crime-drama series Murder in the First; she starred opposite Tom Felton and Steven Weber among others.

Her other prominent role on television was that of Karen Lipinski in the Yahoo! Screen sci-fi sitcom Other Space.

Besides that, Rous has had guest appearances on numerous other television shows including Gossip Girl, Army Wives, The Mentalist, Blue Bloods, Under the Dome, Castle, Rosewood, and Grey's Anatomy.

Rous made her feature film debut in the 2008 satirical comedy-drama starring Robert De Niro. In the subsequent years, she made more appearances in movies like The Hungry Ghosts, Darkroom, and Welcome to Happiness. 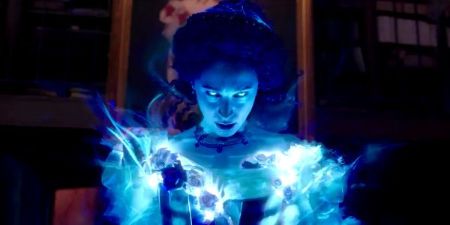 Rous was also featured on the 2016 female-led remake of the 1984 cla s sic, Ghostbusters. She portrayed the ghost of Gertrude Aldridge and starred opposite an ensemble cast of actresses including Melissa McCarthy, Kristen Wiig, Chris Hemsworth, Kate McKinnon, and Leslie Jones.

Bess Rous is estimated to have a net worth of around $1 million at the time of this writing. The former professional ice skater turned actress is most well-known as Ivana West on TNT's Murder in the First and Karen Lipinski on Yahoo! Screen's Other Space. She has also appeared in movies like What Just Happened, The Hungry Ghosts, Welcome to Happiness, Ghostbusters, and Dead Women Walking.