Baywatch Zac Efron & Alexandra Daddario Rumors to be Dating, Find Out if The Rumor is True. 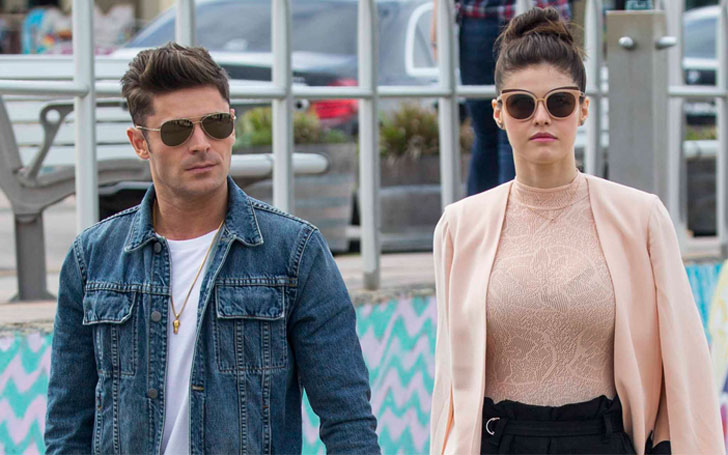 Zac Efron and Alexandra Daddario made the wonderful on-screen chemistry on action comedy film, Baywatch happen. And now they are dating IRL? Well, we don't know for sure if they are a couple in real yet, but there is enough smoke to start a fire. Zac currently filming The Greatest Snowman along with Zendaya, Hugh Jackman, Michelle Williams and other Hollywood stars.

Baywatch Zac Efron and Alexandra Daddario Rumored to be Dating

Twenty-nine years old Zac Efron who is reported to be single after his break up with Sami Miro around a year ago is now allegedly dating his co-star Alexandra Daddario.

The rumor was first reported by Hollywood life and according to the source, the duo has been secretly dating for months.

The source said that Efron and Daddario were attracted to each other as the actress thinks Efron is ''super sexy, smart, hilarious and loved working with him'' while on the other side Efron finds her to be ''an amazing actress, really intelligent and sophisticated and more mature than most women.''

Fuel was added to the speculation after thirty-one years old Daddario shared the picture of them in which she kissed Efron on his cheek during MTV Movie & TV Awards on her Instagram post on 8 May 2017.

The picture which was taken backstage during MTV Movie & TV Awards caught more attention and numerous curious fans were confused if they are really dating.

Also read: How much does actress Alexandra Daddario earn? Find out her net worth and upcoming movies, here

Daddario also shared a photo on her Instagram where she disclosed that Efron was next to him before the show and Efron commented on the post with "I'm officially excited for the MTV Awards. Thanks, seating gods!" 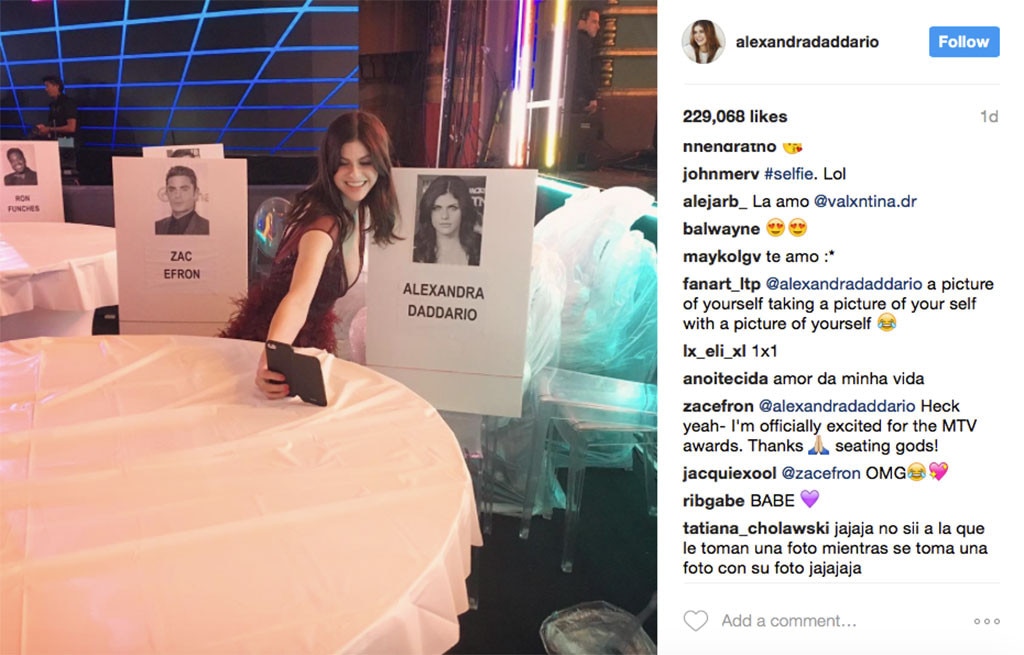 In an interview with The Daily Telegraph the actor said "As far as I know, she hasn't said yes" when he was questioned about his dating rumor with his co-star.

Daddario said that the rumor 'makes sense because we are love interests in the movie - But [he] is a lot for me to handle. Seems like they are trying to humor their way out of it!

Are Zac Efron and Alexandra Daddario dating for real?

In the premiere of Baywatch on May 2017 where the brunette beauty clarified the rumor of her dating with co-star Efron saying:

"We work together closely; he's my love interest in the film. I understand why people would go crazy over something like that, but Zac and I are very good friends,"

The actress denied her relationship with Efron and mentioned him as a good friend. Well, it is clear now that the love interest in film Baywatch is only limited on the screen.