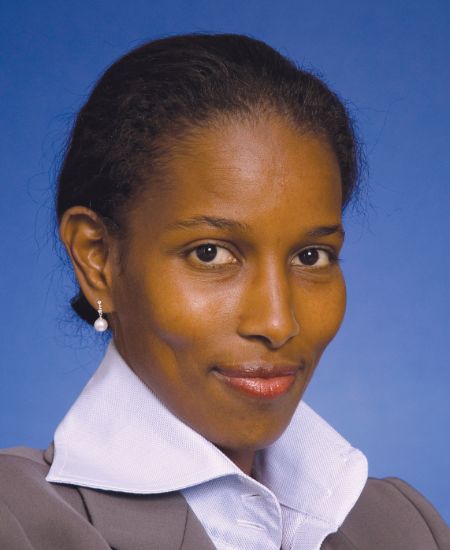 Ayaan Hirsi Ali is a Somali-born Dutch-American author, activist, scholar, and former politician. Born into a religious Muslim family, she rejected the faith and became a critic of Islam. She has since served in the Dutch parliament, founded The Ayaan Hirsi Ali Foundation, and written several books including the memoirs "Infidel" and "Nomad".

How Old Is Ayaan Hirsi Ali?

Ayaan Hirsi Ali was born Ayaan Hirsi Magan on November 13, 1969, in Mogadishu, Somalia, into a Muslim household. Her father, Hirsi Magan Isse, was a vociferous advocate of women's rights and a critic of Islamic laws. This led to his imprisonment shortly after her birth.

Her father escaped prison and absconded with his family to Kenya. There, Ayaan studied at an English-language Muslim Girls' Secondary School.

Ayaan Hirsi Ali fled to the Netherlands to escape an arranged marriage to a distant cousin and was granted asylum. She graduated from the Leiden University in 2000 with a Master of Science degree in political science.

Who Is Ayaan Hirsi Ali's Husband? Does She Have Children?

Ayaan Hirsi Ali has been married to Niall Ferguson, a Scottish historian, since September 10, 2011. 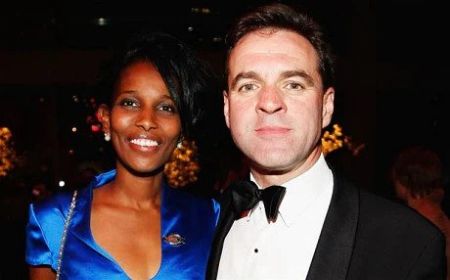 They have one child together, a son named Thomas, born in December 2011.

What Is Ayaan Hirsi Ali Known For?

While living in the Netherlands, Ayaan Hirsi Ali worked several jobs including a period from 1995 to 2001 as a Somali-to-Dutch interpreter and translator. She briefly served in the Dutch parliament as an elected member of the House of Representatives under the People's Party for Freedom and Democracy. However, her political career was short-lived when a dispute over the legitimacy of her Dutch citizenship forced her to resign.

Following the 9/11 terrorist attacks, Ayaan Hirsi Ali grew became a vociferous critic of Islam. She collaborated on the 2004 short film Submission dealing with the treatment of women under Islam which led to the director, Theo van Gogh, being murdered. Ayaan Hirsi Ali was herself in fear of her life and needed armed escorts to travel.

She has published several works including her two autobiographies: 2006's "Infidel" and 2010's "Nomad: From Islam to America: A Personal Journey Through the Clash of Civilizations." 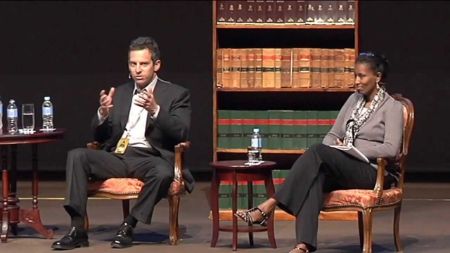 Ayaan Hirsi Ali is a part of the Intellectual Dark Web with public intellectuals like Sam Harris, Jordan Peterson, Douglas Murray, Ben Shapiro, Bret Weinstein, and Joe Rogan, among others.

According to idolnetworth.com, Ayaan Hirsi Ali has an estimated net worth of around $3 million as of March 2021. As an author, scholar, and public personality, Ayaan Hirsi Ali's income sources include book sales, public appearances, book and speaking tours, etc.