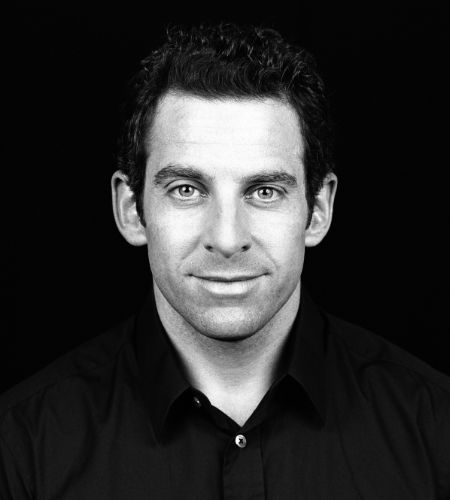 Sam Harris is an American author, philosopher, neuroscientist, and the host of the Making Sense podcast, previously the Waking Up podcast. He has authored eight books covering a wide range of topics like religion, free will, meditation, psychedelics, politics, and Artificial Intelligence.

How Old Is Sam Harris? Who Are His Parents?

Sam Harris was born Samuel Benjamin Harris on April 9, 1967, the son of actor Berkeley Harris and writer-producer Susan Harris. He is 53 years old at the time of this writing.

Born and raised in Los Angeles, California, Sam was enrolled in an English program at Stanford University when an MDMA trip opened his mind to the metaphysical. He subsequently dropped out and went on a life-changing spiritual journey to places like India and Nepal.

More than a decade later, Harris returned to Stanford to earn his Bachelor of Arts degree in philosophy. He earned his Ph.D. in cognitive neuroscience from the University of California, Los Angeles, in 2009.

In the aftermath of the 9/11 terrorist attacks, Sam Harris penned his first book, "The End of Faith: Religion, Terror, and the Future of Reason," which was published on August 11, 2004. The book went on to become a New York Times bestseller and spent 33 weeks on the list. 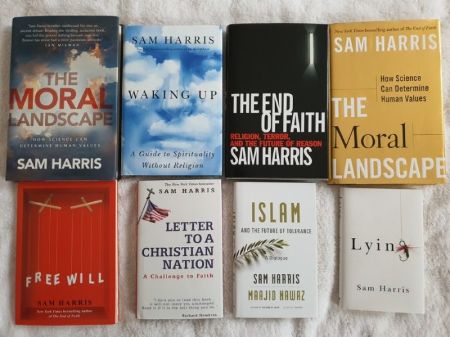 He went on to publish more than a dozen more books, namely "Letter to a Christian Nation," "The Moral Landscape: How Science Can Determine Human Values," "Lying," "Free Will," "Waking Up: A Guide to Spirituality Without Religion," "Islam and the Future of Tolerance: A Dialogue," and "Making Sense: Conversations on Consciousness, Morality, and the Future of Humanity."

Since September 2013, Sam Harris has been the host of the Waking Up podcast (currently the Making Sense) podcast. The podcast won a Webby Award in 2017.

Who is Sam Harris' Wife? Does He Have Children?

Sam Harris has been married since 2004 to his wife Annaka Harris, the New York Times best-selling author of "Conscious: A Brief Guide to the Fundamental Mystery of the Mind". They have two daughters. 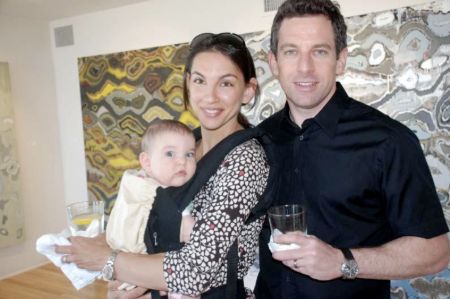 Sam Harris with his wife Annaka and their daughter SOURCE: Reddit

How Much Is Sam Harris Worth?

According to celebritynetworth.com, Sam Harris has a net worth of around $2 million. He is a New York Times best-selling author and the host of the popular Making Sense podcast. He also has a subscription-based meditation smartphone app called Waking Up.