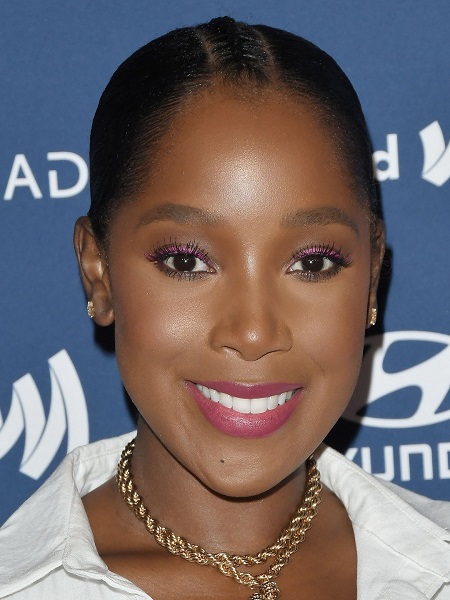 Ashley Blaine Featherson is an American actress who rose to prominence when she took the role in the movie Dear White People in 2014. She gained further fame after she reprised the role in a 2017 Netflix television series of the same name. Besides, the actress is also a part of the Alpha Kappa Alpha sorority.

It is still a mystery whether Ashley Blaine Featherson was born in 1987 or 1988 but she celebrates her birthday on December 2. Her birthplace is Maryland, the United States of America. She has not disclosed information regarding her parents and siblings. She was raised in her hometown, Maryland, along with her family.

Ashley holds American nationality and ethnicity wise; she is an Afro-American. She graduated from the Fine Arts department of Howard University majoring in musical theater.

Ashley Blaine Featherson started her career at the tender age of four by appearing in the school production. She subsequently started performing at the Studio Theatre in Washington, DC.

The actress respired the role in the 2017 Netflix television series adaptation of the same name along with Logan Browning.  The following year, the actress was cast in the TV series Leimert Park.

Featherson is also a member of Alpha Kappa Alpha sorority.

Ashley Blaine Featherson has made a considerable amount of money from her successful acting career. The actress has worked in many hit TV series and movies. As of 2019, her net worth is around $1 million.

In 2014, Featherson was a cast in the movie Dear White People which grossed over $5 million. She has over 159k followers on her Instagram account. It also plays a significant role to boost up her net worth.

Ashley Blaine Featherson is not married yet and is also not dating anyone at present (publically). The actress has never talked about her personal stuff even after such a long-acting journey. She has kept secret everything about her love life and dating.

Featherson is also an avid animal lover. She has a pet puppy named Diva. She cites Vanessa L. Williams as her role model.