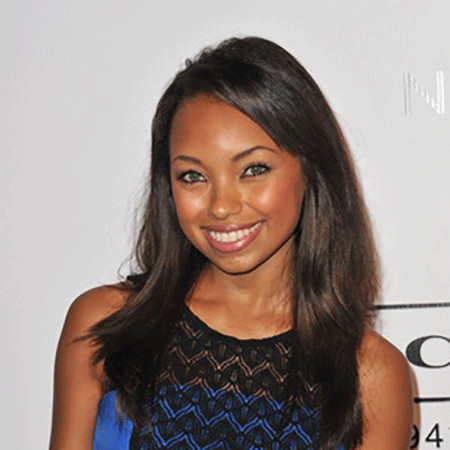 Logan Laurice Browning was born on 9th June 1989 in Atlanta, Georgia, United States. She is an American actress who is best known for her role as Sasha in the film named Bratz: The Movie and as Brianna in the film named Meet the Browns. She has three siblings and all of them are boys. She grew up and has spent her entire childhood in Georgia with them. Browning is of an American nationality and of Afro-American ethnicity.

In the year 2003, Logan Laurice has attended Barbizon Modeling and acting School in Atlanta. She has completed her graduation from Fayette Country High School which is situated in Fayetteville, Georgia. Later on, she attended Vanderbilt University in Nashville, Tennessee.

In the year 2007, Logan Laurice has starred as one of the main characters named Sasha, in Bratz: The Movie, a live-action theatrical feature which is based on the popular fashion doll line. By replacing Brianne Gould in the second season of Meet the Browns, Browning joined the cast as the character Brianna Ortiz. In Prima L’s music video ‘Rockstar’ she has made a brief appearance as well as in the B5’s music video named ‘U Got Me’. Browning also has a recurring role on the Disney XD series called Pair of Kings.

Logan Laurice has also appeared in the two episodes of ‘The Secret Circle’, which is a TV series based on the novels of the same named written by L.J. Smith. Though she was not a professional dancer Browning was cast as Jelena Howard in VH1’s Hit the Floor in April 2012. Browning has also starred a comedy series in the YouTube named Shit Southern Women Say alongside her Hit co-star, Katherine Bailess.

The current relationship status of  Logan Laurice is not disclosed yet. Any information about her affairs, boyfriend or any kind of relationship is unknown yet. It seems like Browning likes to keep her personal life in low profile. The current Net Worth of Browning is $1 million.

Logan Laurice stands tall with the height of 5 feet 4 inch and her weight is 58 kg. Her body measurement id 34-25-35. This 27 years old actress has a very sexy body and is also known for her changing style. One can follow her on different social media.