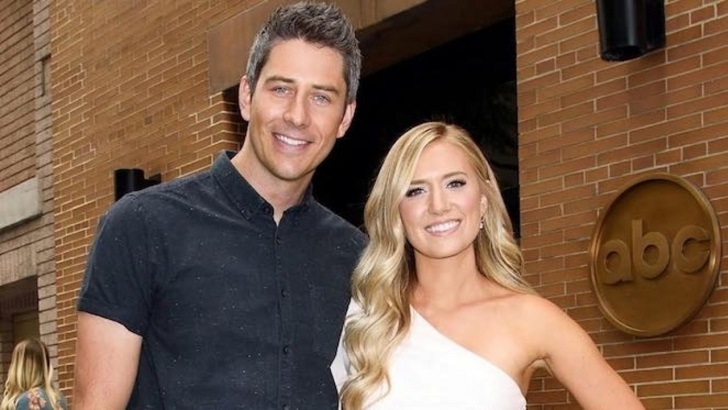 Arie Luyendyk Jr. And Lauren Burnham Are No Longer "Bachelor". 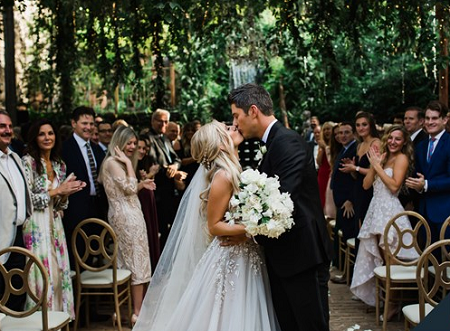 His manager Klint Briney confirmed to various news sources. The former racing star Luyendyk, 37 and Lauren Burnham, 27 were engaged as of 6 March 2018 after Aire proposed Lauren on the special episode of "The Bachelor".

The adorable couple confirmed their wedding and said: "Ever since we’ve gotten together, we wanted to fast-forward to this day".

"It’s been a year. That’s kind of crazy ‘cause I remember a year ago we were doing ‘happy couples [weekend on The Bachelor]’ and talking about getting married and wanting to do that, even last year, so it’s awesome that the day is finally here."

By exchanging vows and kisses the committed pair said "I do" at the Maui's Haiku Mill among close relatives, family and friends. The romantic ceremony was officiated by the host Chris Harrison.

Similarly, a little bundle of joy is on the way in a couple's life. Lauren on 14 November disclosed that she took a pregnancy test. The then 26 Lauren said, "As Aire read the positive results, he was full in tears of happiness."

They are expecting a beautiful baby girl.

Aloha friends! Today I’m 19 weeks old and the size of a mango (how fitting right?) I’m so happy you all know that I’m a girl! It was such a fun week telling the world and now Mom and Dad can finally start buying me clothes :) So this week a lot of stuff is going on in here. My body is covered by vernix which feels like swimming in cream cheese... weird I know but it’s good for my skin. Working on my glow for my grand appearance. I’m also growing my first little hairs on my head Mom and Dad both are picturing me blonde but you never know! Well gotta run, Mom and Dad are getting married this week and it’s hard to type with Mom moving around so much!

Recently, Arie shared a storybook year contained with all the major events including their world tour, new house in Arizona and not forgetting about the wedding and a soon coming new member of the family.

To say it’s been quite a year would be an understatement! Here are our #topnine2018 but we decided to frame them because so many life changing moments happened! 1. Our engagement 2. Our first trip after the Bachelor 3. Our pups becoming fast friends 4. Buying our first place together 5. Winning and celebrating with Lauren’s family in Detroit 6. Taking Lauren back to where I’m from in Holland 7. Our first weekend after we found out we were going to be parents 8. Our pregnancy announcement 9. Our first Christmas back in Virginia Beach and Lauren’s baby bump. Lots of firsts and many more to come! Thank you for all of your love and we can’t wait to share what is going to be the biggest year out of our lives in 2019! @wayfair @wayfairregistry

Congratulations to the newly married couple and as well as for the new upcoming member.