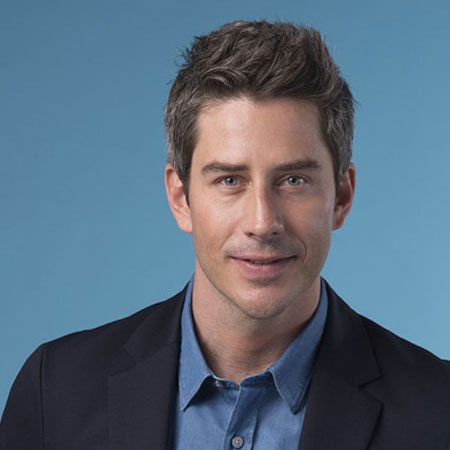 American auto racing driver, Arie Luyendyk Jr. is best known for his appearance in season 22 of the ABC reality show The Bachelor. He was the first runner-up on The Bachelorette Season 8 in 2012.

Luyendyk Jr. finished 2nd, 3rd and 4th place in the Indy Lights Series over a number of years. In the 2007-08 season, Luyendyk was named a test-driver on A1 Grand Prix for A1 Team The Netherlands in its 2007-08 season. He has participated in various sports-car series; he has competed in the 24 Hours of Daytona and 12 Hours of Sebring.

Arie Luyendk Jr. was born on September 18, 1981, in the Netherlands to Arie Luyendk and Mieke Luyendyk. His father, Arie Luyendyk is a renowned former Dutch auto racing driver.  His family immigrated to the United States when he was three-years-old and settled in Brookfield.

Luyendk was raised along with his two younger brothers, Alec Luyendk and Luca Luyendk. He is an American national and belongs to White/Caucasian ( Dutch descent) ethnicity.

Arie Luyendyk started his professional racing career in 1992 and has participated in several car races so far.

At the age of 16, he made it to Sports Car Club of America club Formula Ford competition. He won the Skip Barber Formula Dodge series and succeeded to reach top 5 in the U.S. Formula Ford 2000 Championship.

In 2001, Luyendyk placed #3 in the  Formula Continental class at the SCCA National Championship Runoffs and the same year he won the SCCA Southern Pacific divisional title on the strength of 4 wins in the same class.

At the beginning of 2000, Luyendyk competed full-time in the first three seasons of the Indy Racing League’s Indy Pro Series (now known as Firestone Indy Light), he had one victory, four pole positions, and 24 top-5 finishes.

He was voted INDYCAR's Firestone Indy Lights 'Most Popular Driver' four years in a row from 2003-2006.

Luyendyk drove for the A1 Team Netherlands in the A1 Grand Prix World Cup of Motorsports as the group's ''rookie driver'' in the 2007-2008 A1 Grand Prix season. His best was 5th place training time at Round 5 in Taupo, New Zealand.

Luyendyk has made his comeback to the Firestone Indy Lights Series to race for AGR-AFS Racing teaming up with Raphael Matos. He finished the 2008 season with five podium finishes at fourth place.

In 2010, he returned to Indy Lights part-time and drove in the Freedom 100 for Andersen Racing and three other oval races for Alliance Motorsports finishing 7th in Chicagoland.

He also competed in the Stadium Super Truck Series, Traxxas TORC Series and finished 4th at Crandon International Off-Road Raceway driving the Pro Light class.He finished the season driving in the Traxxas TORC Series and fourth at Crandon International Off-Road Raceway during his TORC debut. He completed a test with Dale Coyne Racing in the DW12 IndyCar in November 2013. He ran 138 laps.

Arie Luyenduk participated on the popular ABC reality show, The Bachelorette in season 8 becoming the 1st runner-up. He also appeared in the 17th installment of The Bachelor where he becomes a friend to Sean Lowe. He also participated in Wipeout: Summer Episode 7: Bachelor vs. Bachelorettes, but unfortunately, he eliminated early.

Luyendyk also served as the driver analyst for versus broadcasts of Indy Lights races. He returned to the booth commentating the lights race for the NBC Sports Network in 2012.

In 2017 with an interview with Good Morning America, Luyendyk announced that he would appear as the 22nd Bachelor in 2018. At the end of the show, Luyenduk becomes engaged to one of the 29 girls.

Arie Luyendyk Jr. is considered is a spontaneous sportsman and reality star with an estimated net worth of $5 million. He accumulated the money from his racing career and reality shows.

As per 'Bachelor Blogger' Steve Carbone, Arie Luyendyk Jr. will take home at least $1 million from the show.

Arie Luyendyk Jr. is the star of the 22nd season of The Bachelor with  29 girls.  As seen on the show so far, he favors Krystal Nielson over remaining 28 girls. During the second week of the show, he flew her from LA to Arizona, his hometown.

Previously, he was in a romantic relationship with Sydney Stempfley. The duo first interacted over Instagram DM in 2016, and after a few meetings, they became an official couple.

However, the couple failed to handle their relationship as their differences started to hit their love life hard. So, in a mutual understanding, the pair decided to break up.